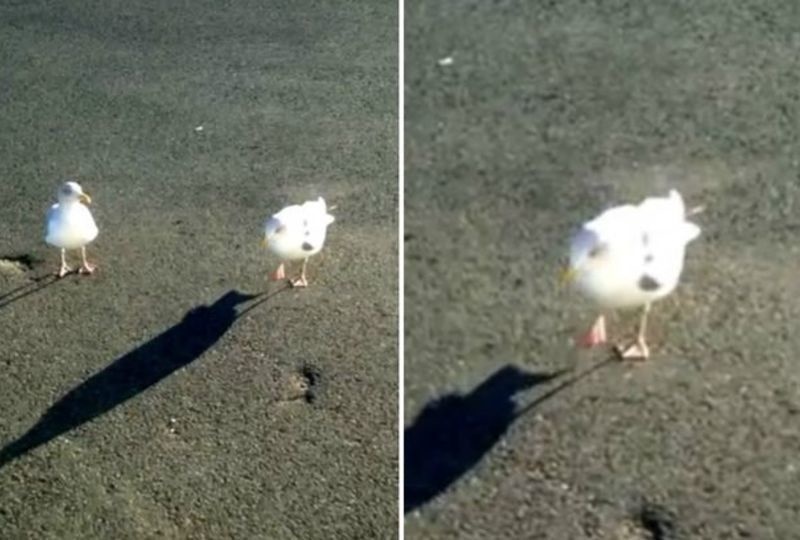 This seagull has some serious moves.

There are a lot of seagull haters out there, especially down on the south coast where I’m based. It’s true that they make a right racket every day from 5am onwards and that they drop huge mountains of white and beige excrement over everything that you hold dear. But it’s not their fault. Why are there so many? Because we leave our crap everywhere, so they eat it. Typical human reaction though, we’re massively angry about something which is totally our own fault.

Any how. These seagulls are getting smarter it seems. I mean, in general birds aren’t as stupid as people think, but they aren’t super bright either. They don’t need to be. Eat, shag, dance. That’s all that’s required.

The seagull in the clip below though has learned that by doing a funny, slappy feet dance he gets free chips. Who’s stupid? the seagull for doing the dance, or the guy who’s losing half of his chips to a seagull?

Not a bad little dancer, right? Pretty smooth. He’s certainly brighter than that seagull who tried to eat a crisp sellotaped to the other side of the window any way.