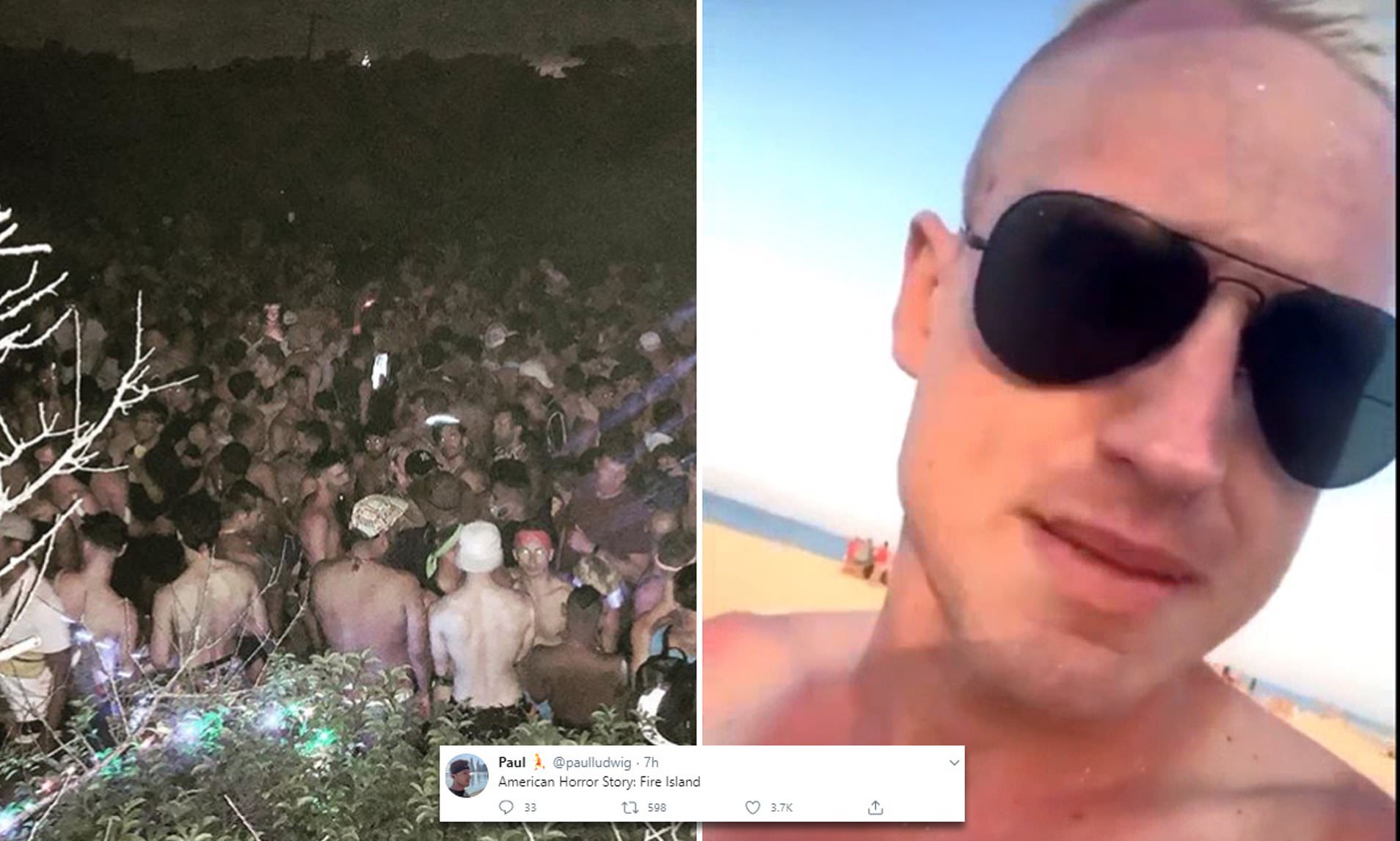 Dickhead of the week.

People are freaking out over photos and videos from New York’s Fire Island over this past July 4 weekend as it appears thousands of people showed up to party and no one was social distancing or even wearing a mask. In fact looking at the photos and clips on Twitter, you’d think everything was back to normal.

See for yourself – is it any wonder why America has seen another surge in cases?

Nooooo Fire Island gays! What are you doing?! Remember all them that got smacked down by Rona after that winter circuit party, y’all are just gonna drag that shit back to the city with you. pic.twitter.com/cYdC8AhQlY

What’s happening in Fire Island is why Covid will never be controlled or manageable. People are so fucking selfish.

Amazingly, one guy who admitted he was attending the party despite testing positive for COVID-19 took to Twitter to tell anyone criticising him to go fuck themselves. His name is Corey Hannon and people are now calling him the gay male Karen:

Don’t mind the white stuff up his nose as he wishes COVID on everyone. I mean does it get more selfish and moronic than that? Not only is this guy out there endangering everyone around him and everyone else they will then come into contact with, but he’s also rubbing it in our faces.

He has since issued an apology, which I’ll include below but don’t even waste your time watching it because it’s basically the most insincere load of bollocks I’ve ever seen:

He’s not the only one either – get a load of the caption on this photo from his buddy Giancarlo Albanese:

Wow, just wow. The whole world is trying to keep things simple and sacrificing good times this summer for the greater good while dickheads like these two go out partying and put everyone at risk, and then hop onto social media to brag about it too. Why don’t they just stay on Fire Island for another few weeks until they’re COVID-free? I’m sure no one back here in the real world would have a problem with it.

To watch a gay kid beat the crap out of his bully after he called him the F-word, click HERE. You love to see it.