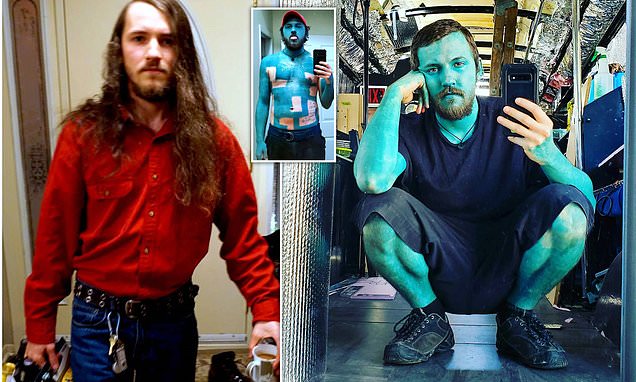 A Canadian man has turned into a bit of an online phenomenon this week by documenting his attempts to tattoo his entire body blue.

Donnie Snider, 26, from Scarborough, Ontario, readily admits he ‘lives life in strange-mode’, living out of a ‘clapped-out transit bus’ and making his living selling earrings.

As you can see, his quest to tattoo his entire body blue has already hit the point of no return: 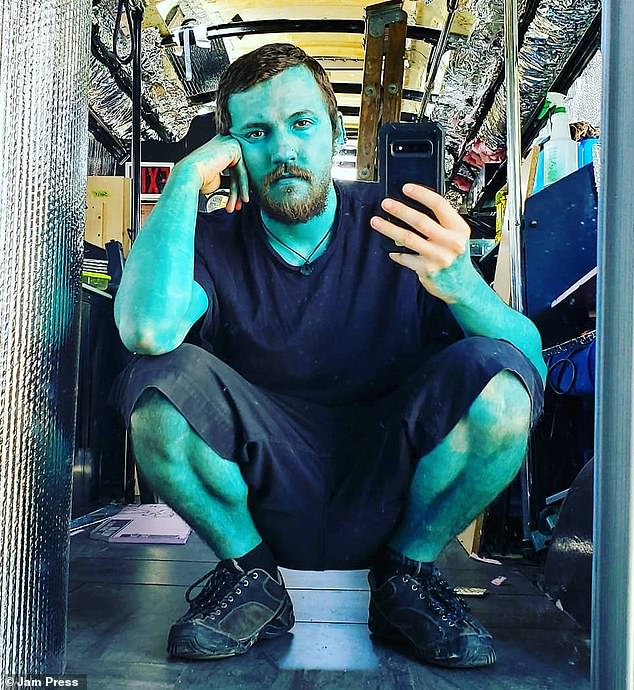 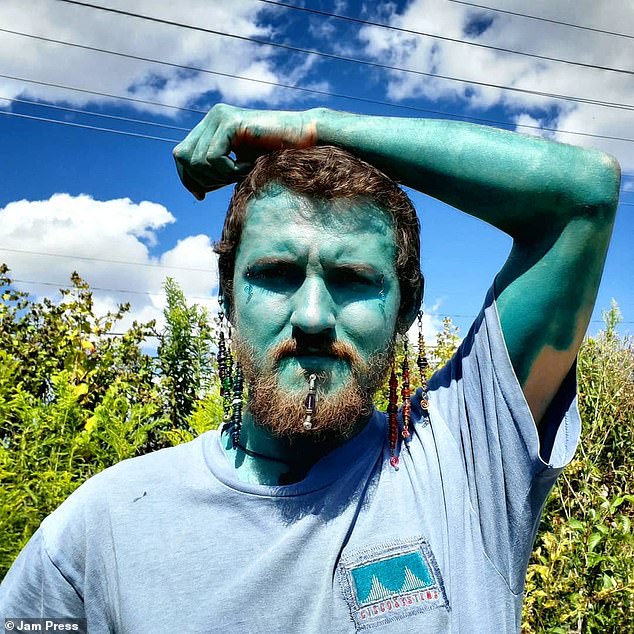 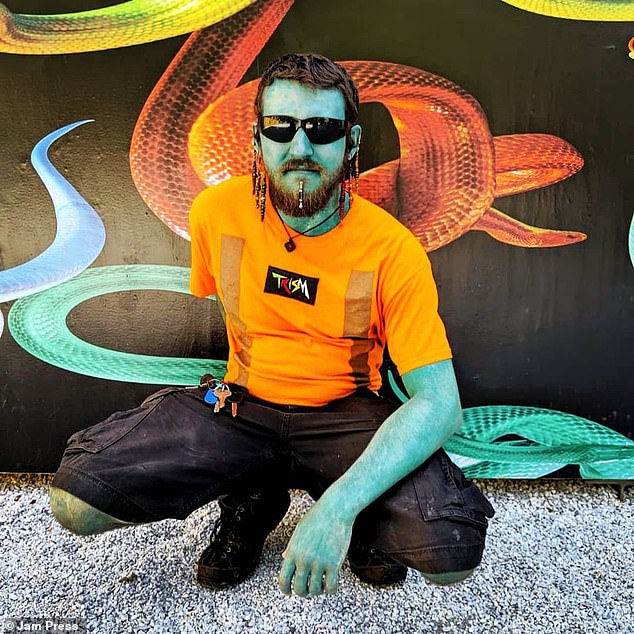 Donnie says he likes the plainness and simplicity of his design and chose to see through the unusual body art to keep things ‘interesting’. Well that’s one way of putting it…

I like the clean look – unladen by symbols. There’s a whimsical element.

I thought I’d do my part to keep things interesting, maybe make someone smile.

You’ve only got one life – might as well have some fun, eh?

In fact looking like one of the characters out of Avatar has given Donnie a new lease on life:

Over several years I had been isolating myself, and making efforts to tone down my less-than-pragmatic impulses, out of fear and lack of confidence – and I was extremely miserable.

After going in circles for far too long, I decided to quit hiding, break myself out of stagnation and remake my life as I’d like it to be, and redirect it to the pursuit a life I’d actually be happy to live.

Since turning himself blue, he feels ready to take on the world:

I feel a renewed optimism about the feasibility of pursuing wild dreams,’ he continued.

I feel as if I’m slowly becoming re-energized after a protracted period of stagnation. I might become a trillionaire, or move to Mars.

Or just carry on selling earrings and get my bus fixed up. 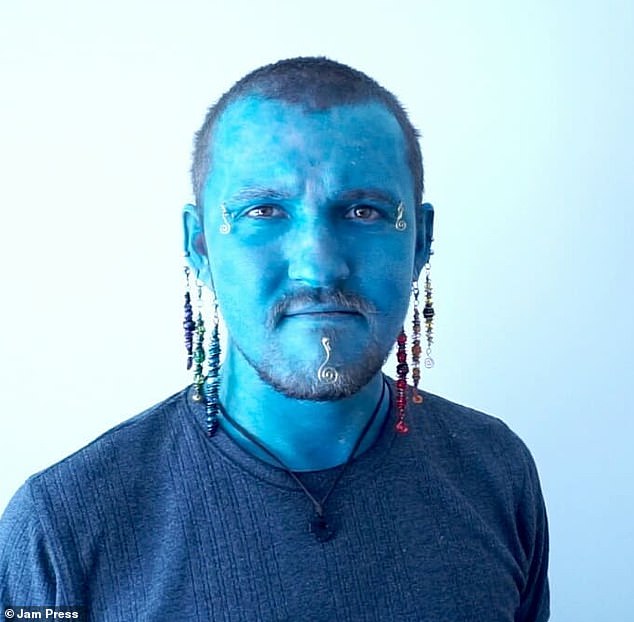 Welp. His body, his choice I guess? Obviously it’s great that he’s feeling better about himself since tattooing his whole body blue but I just hope he doesn’t wake up one day and think “WTF was I thinking?”. Takes a lot of nerve to go through with it though – will give him that.

Also – not a tattoo expert or anything – but doesn’t the blue look a bit weird and blotchy and more like body paint than actual ink? Could be that Donnie is having us all on and making a bit of $$$ off his story to pimp out his transit bus. Or am I being too cynical?

Either way – pretty weird thing to do. Let’s hope he keeps the ink away from his eye balls – don’t want to end up like this Polish girl who went completely blind.