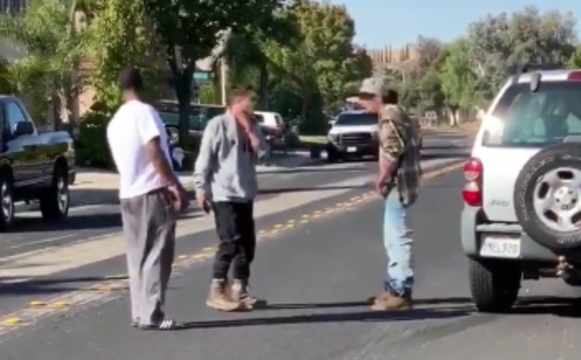 I don’t want to say what happens in this video because it took me by surprise when I saw it on Worldstar earlier, but rest assured it is immensely screwed up.

It sounds like one guy has stolen his friend’s weed and so he’s crashed his car into his to try and get his weed back. Already an amazingly stupid situation – but it only gets worse from there:

Ouch indeed. To be fair he did say “I dare you bruh” as the assailant was thinking about it, but I think we can all agree that’s still no excuse to sandwich your pal between two cars and shatter his leg into a million pieces. All over some weed? You’d think this lot were crack junkies or something.

Shout out to the other guy shit-stirring as well – ““He got your weed you better get that shit back cuz”. Hope he’s happy with the result.

To watch a group of chav girls go at it with shop owners after they were caught stealing, click HERE. Complete pandemonium.