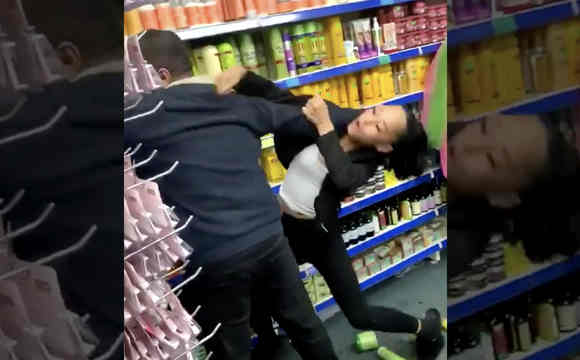 A group of girls suspected of shoplifting were clocked by the shop owners and staff over at Sabina Hair & Cosmetics in Woolwich, London and the result was shared by Twitter user @kunle_essein.

A nightmare situation for any shop on the high street:

Fighting shop owners in woolwich cause you got caught robbing 😂 pic.twitter.com/R0uavBGCOC

Well it looks like the shop owners got the better of that exchange, probably because they were all grown men fighting teenage girls but also because having to work long hours at the family business and watching a bunch of chavs roll in and steal / send lip gloss flying everywhere is bound to get your blood boiling. Especially when the girls immediately turn their cameraphones on and act like they are the ones being wronged. What is the world coming to eh?

For the teenager jailed after assaulting officers during a stop & search in London, click HERE. Body cam footage.