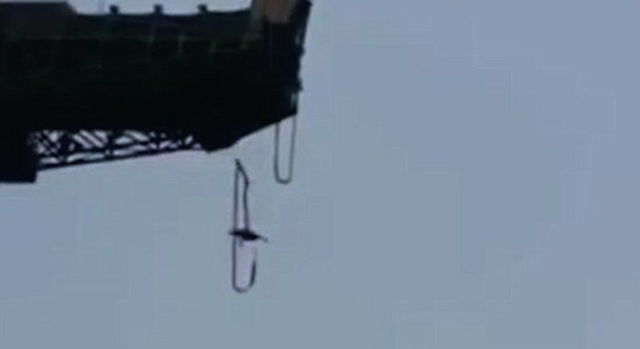 Is this the luckiest escape ever?

This is even crazier than this mass Russian bungee jump off a bridge that we featured.

It happened over in China in a place called Cheongyeong, just east of Seoul where an unnamed bungee jumper was jumping off a 160 foot bridge. Somehow the bungee cord came undone – the official line is that a part that is supposed to hold the cord together came unfastened – and this led to the guy plunging 160 foot down into the water below.

To make matters worse, his family – including two young sons – were watching at the side of the pool. Miraculously though he managed to survive without any injuries, although the depth of the water wasn’t disclosed. However you look at it though that’s a long way to fall – maybe he went in feet first as that’s the best way to avoid dying, in case you’re ever in that situation yourself.

Here’s hoping you aren’t and you never have to deal with anything like this or the ritual that the cult known as the Vanuatu Land Divers have to go through.