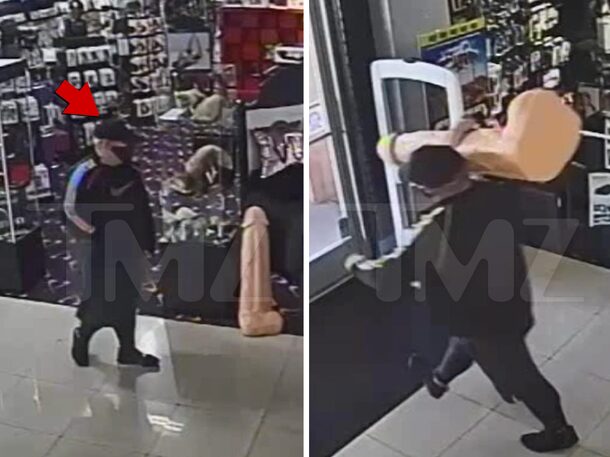 CCTV footage shows the suspect simply walk into the store, sling the massive sex toy over his shoulder, and walk out with it:

I don’t know what other leads the police could possibly work with here but I reckon keep an eye on the local hospitals because there’s no doubt that thing can do some serious damage. It’s just a matter of whether this cockburglar’s curiosity gets the better of him.