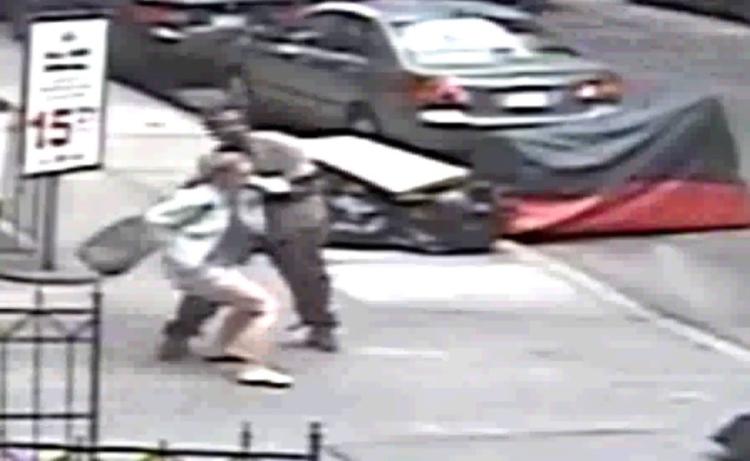 Imagine walking down the street one day, and this happens to you.

In one of the more bizarre things that could happen to a human being just casually going about their day, this poor lady received a stuffed bag of faeces down her shorts by what I’m going to go ahead and assume is a homeless crackhead.

CCTV footage from over in NYC shows the victim on her phone while the attacker approaches from behind. Wearing latex gloves, he grabs the woman’s shorts at the waist and shoves the bag of (presumably human) shit down her back.

He then tosses away his latex gloves as he makes his getaway. Job done.

Police on the UES search for man who shoved bag of feces down woman's pants as she walked https://t.co/vAzSruKTpp pic.twitter.com/tohgcctlcN

There’s certain types of crazy you just don’t mess with, and the type of person who would shove shit down the back of your trousers is definitely the type of crazy you avoid at all costs. No one wants their own shit down their pants, let alone someone else’s, let alone a fucking crackhead’s from New York. Dude needs locking up for a long time should they catch him (which shouldn’t be too difficult – crackheads don’t travel far do they?).

For more poop-based shenanigans, get a load of this absolute jobsworth park warden calling the police on a woman who he thinks didn’t pick up her dog’s mess.