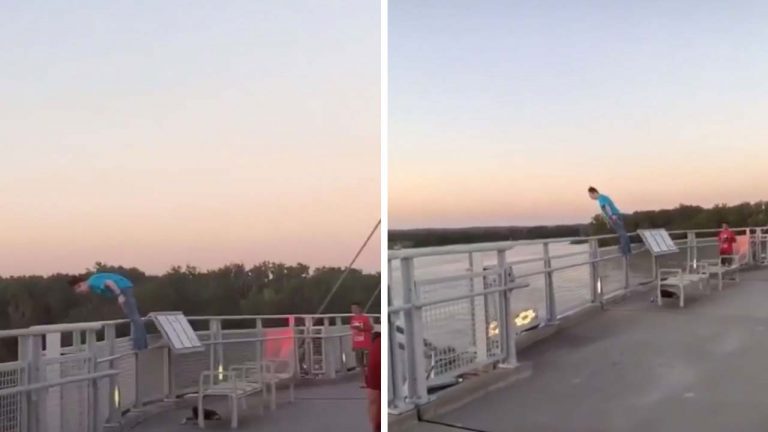 A young man by the name of Ray’Veontae Harris over in Omaha, Nebraska was out livestreaming his walk across a pedestrian bridge when he happened to come across a woman who appeared to be suicidal.

The 20-year-old did what so many others around appeared not to do – he went over to see if she was OK:

Lady was about to jump and everyone was just watching her so I stepped up and did what I can 🙏🏾 AGAINST SUICIDE 👌🏾💯 pic.twitter.com/lGhsk37WT3

This is our news 💯 nothing was for clout I was already live streaming before I got to her ✍🏽‼️ pic.twitter.com/wJqwcQwNAY

Big up Ray’Veontae (wild name btw) for saving this woman’s life. It’s crazy to think about how many people just walked by ignoring her before Ray’Veontae walked over to her, noticed she was crying, and helped her out until (I guess) emergency services arrived.

He might be going around telling all the news channels that he’s not a hero, but I reckon he is. If it wasn’t for his kind gesture that woman would most likely be dead right now. You might only get one moment like that in your lifetime – a chance to act/speak up and do something amazing – and Ray’Veontae absolutely nailed it. Faith in humanity restored.

To read about how the Mapo Bridge in South Korea stops people from committing suicide, click HERE.