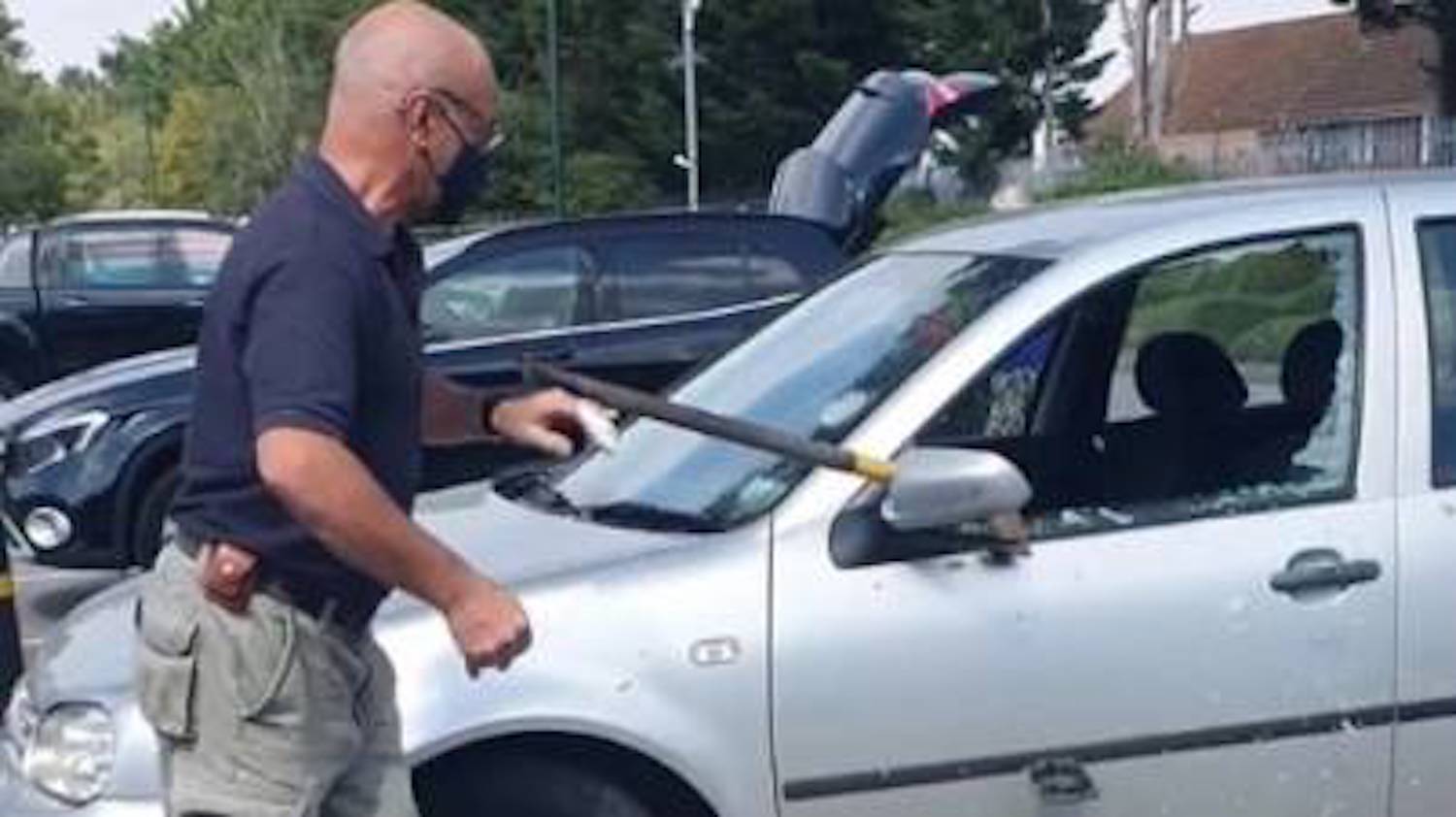 I still don’t get how people can think it’s OK to leave their pets and small children in cars during hot weather because there are literally stories all the time about how they end up dead, yet you still see it happening at least three or four times a year.

Thankfully, there are normally a bunch of heroes like the guy in this video who are ready to step in and do what is necessary when they see an animal in trouble. The man noticed that the dog’s owner had left him in the vehicle for almost 45 minutes in Newbury Retail Park whilst he went shopping with his daughter in Curry’s.

After he saw the dog panting like mad and looking like he was about to die, the unknown man grabbed his trusty axe  – which he luckily just happened to be carrying around with him – and went at the passenger window with it, eventually leading the dog to freedom:

What a legend. Following on from this dramatic smashing up of the car, a couple of police officers came over to check on the dog and then some vets were called to give him the once over too.

Turns out that he was OK, but who knows what might have happened if he had been left in the car much longer? People really need to be more aware of just how not OK it is to do stuff like this.

For more of the same, check out this story about a dog getting cooked to death because a ferry firm refused to let him out. So stupid.