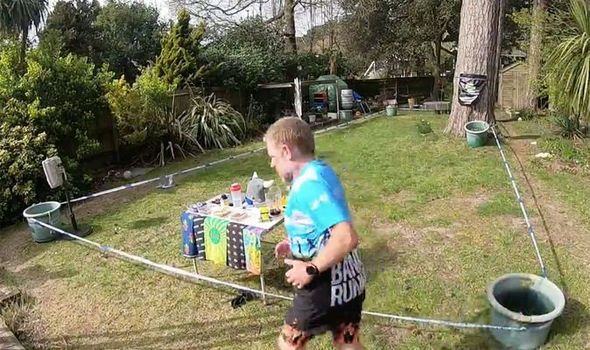 How are you spending quarantine?

A man in Southampton who had been training for the Belfast to Dublin ultra-marathon this weekend decided to run it in his garden instead, after the event was cancelled for obvious reasons.

Gareth Allen, 47, did 1066 laps of about 130 feet in his garden – clocking up more than 26 miles. He even live-streamed the whole thing on Facebook:

How do you feel after watching that? Here’s this 47-year-old man running a full marathon in his garden while you’ve probably been getting high, stuffing your face and bingeing Netflix this entire quarantine. He could have run one lap and stuck it on loop for 5 hours and none of us would be any the wiser, but instead he really ran 26+ miles and put the rest of us lazy gits to shame.

OK you might ask me – would Gareth Allen have run a marathon in his garden if there was a rule that he couldn’t show off about it on Facebook? Well I like to think he would have actually. Just a standard coronavirus weekend for Gareth Allen.

To watch Tyson Fury stop a stranger from committing suicide by taking him on a 3-mile run, click HERE.