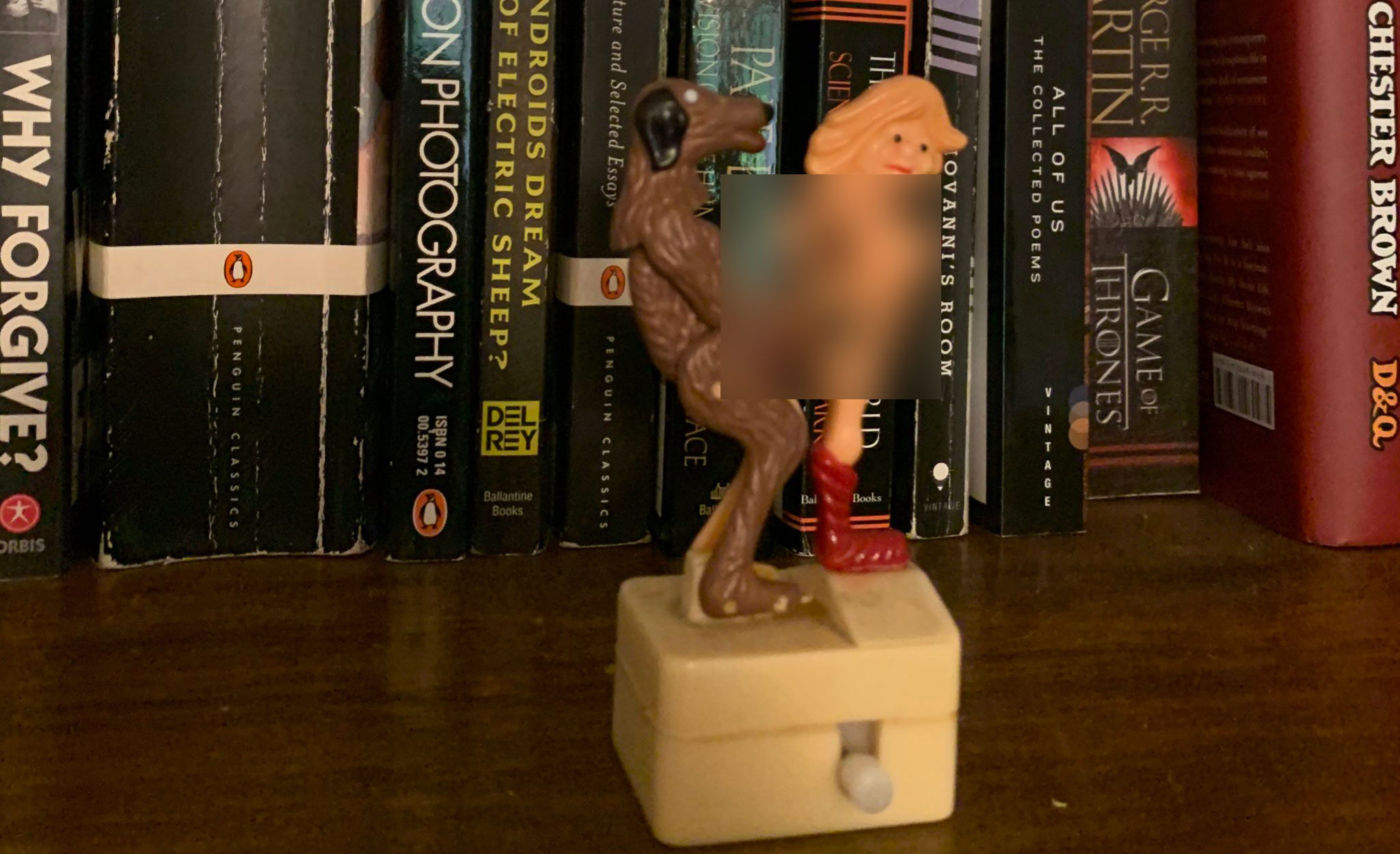 A New York author named Frederick Thomas has detailed a short-lived rental experience he had with AirBnb, paying $1,150 for two nights at a two-bedroom home for himself, his fiancée, his 21-year-old cousin and his 8-year-old brother.

The owner had listed the Spring Glen, N.Y. rental as a two-bedroom getaway with a “Scandinavian vibe”, but the family found it to be a little more on the “satanic” side once they got there. I’ll let Frederick explain:

We just drove three hours my 8-year-old brother for a getaway and the house we arrived at ended up having seemingly satanic items and stuff for witchcraft rituals.

We had to leave because my brother (and the rest of us) were frightened. But @Airbnb won’t refund me. (THREAD) pic.twitter.com/3AlECcEpmE

I rented this house to do writing and spend time with my fiancé, brother, and cousin. It seemed like a nice place, pretty basic layout from the listing (pictures below).

But as we drove up we noticed there were no other houses in the area just rundown shacks and no phone signal. pic.twitter.com/K1VWhZ7aQe

When we walked up to the house we noticed an animal skull hanging on the outside of the house, so I went inside to check it out.

When I walked I went to the basement and found more animal skulls and ritualistic floor markings and then I went up to the rooms to find much more.

As we walked through the two rooms we found a bunch of imagery, candles, books, etc for rituals and what looked like devil worship. My brother was terrified, as were we.

We called @Airbnb and told them we couldn’t stay there and explained the situation. pic.twitter.com/7kIl9ptitt

We were told that we couldn’t receive a refund and they spoke to the owner who said there were just a few small art pieces that they could come remove. This was a lie, it was the whole damn house not a few things.

A BAPHOMET HIDDEN BEHIND A DEAD BIRD IN A BAG pic.twitter.com/VLaRsStIq7

All of that to say, this isn’t how guests should be treated. I use @Airbnb frequently and there are many reasons in this situation which should warrant a refund. Especially our safety and mental/emotional health.

At first I was a little dubious about how “satanic” this house really was, especially when the first bit of evidence Frederick shared was a photo of a dog shagging a blonde woman. But seeing the rest of those pictures I have to now agree with him – this house is creepy AF. At the very least we can agree it’s not the sort of place you want to be heading to for a weekend getaway with your fiancee and 8-year-old brother, that’s for sure.

To make matters even worse for Frederick, the Church of Satan got wind of his thread and came through to take some shots at him:

The photos in this thread depict thrift store curiosities & hot topic kitsch, not evidence of satanic rituals. Sounds like you have an over active imagination and can’t tell the difference between supernatural horror movies and reality.

Yikes! The last group of people you want on your case is the Church of Satan. Did renting this Airbnb and then complaining about it on Twitter put a curse on Frederick? And there he was thinking a weird toy of a dog banging a woman was his biggest problem.

If we’re being serious though, this isn’t a great look for Airbnb. If you look at the photos for the listing that Fred shared compared to what he actually ended up with, it’s a clear case of false advertising and so the man is 100% entitled to a refund.

The rundown shacks, the lack of phone service, the witchcraft vibe and the satanic items. There’s no doubt about it – if Fred and his family would have stayed overnight at this place they would have been murdered in their sleep. Not to mention the mysterious bridge from the woods behind the house connecting to the back patio. In a word – NOPE.

I’m sure there’ll be some people out there calling Fred (and me) a pussy but either way, it’s clear Airbnb is in the wrong here. Everyone knows they like to be dicks when it comes to refunds but at the end of the day, if you want to rent out your satanic little house with animal skulls and baphomets and ritualistic markings and what have you – you’ve got to let people know that’s what they’ll be getting. Come on Airbnb – sort it out.

For the woman who freaked out after a Starbucks employee put satanic symbols in her coffee, click HERE. Just a prank?