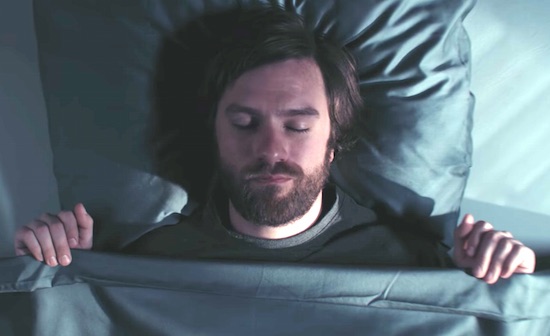 What the hell is going on in this guy’s brain?

Hearing people talk in their sleep is actually one of the funniest things in the world because they talk gobbledy gook that makes no sense, yet are so passionate and intense about it that the whole performance becomes even more comedic. It’s absolute gold.

The guy in the video below is a notorious sleep talker according to all his friends, so he decided to record himself for a year when he was sleeping and put all of the best lines he came up with into this video. As you might imagine, the results were absolutely hilarious – some of these lines will have you cracking up completely:

Jesus, what is going on in this man’s brain? I thought it was going to be a really lame fake video when it started off, but fortunately it wasn’t and the guy picked up some quality audio clips.

I think my favourites were probably “that’s where all my farts go,” “Oh my God you guys, Oh boulder there! Get some more fucking towels, this is good fucking shit,” and the one he simply labelled as unintelligible where he was singing a bunch of random noises. The stuff that goes on in your brain when you’re asleep eh?

For more sleep talking, check out this guy who listed all the ridiculous things his girlfriend said when they were asleep together. Brains man, they’re crazy.