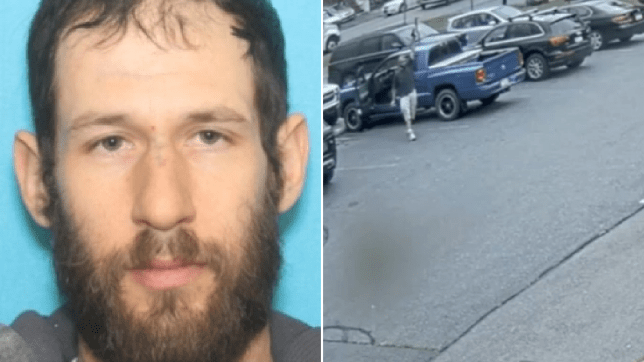 Man triggered when asked to put mask on.

We’ve all had to deal with some extra stress & bullshit in our lives these last few months thanks to the coronavirus. There’s not really much we can do about it – it’s been a difficult time for all of us.

Most of us though don’t take out our pandemic-induced frustrations by shooting at store clerks who ask us to wear a mask and then proceeding to get involved in a full-blown shootout with police. But then 35-year-old Adam Zaborowski from Bethlehem Township, Pennsylvania isn’t ‘most of us’:

According to the Washington Post, Adam angrily refused when asked by the store clerk to wear a mask inside the shop. Instead he grabbed two stogies, walked to his car, pulled out a handgun and shot at the clerk.

The next day, cornered near his home, Adam fired at police with an AK-47, sparking a full-on fire fight with 7 police officers that resulted in him shot multiple times and under arrest. Was it ever going to end any other way?

So yeah, not exactly a great reaction from Adam Zaborowski when asked to wear a mask. You would think his lawyer John Walden would come up with a decent explanation/excuse for him though. Turns out he’s simply ‘not handling the pandemic well’. You don’t say…

I think he was getting stretched too tight.

Not to undermine what a rough time he’s having (loss of job & custody of child are obviously difficult experiences), but somehow I don’t think that explanation is going to hold up in court when you end up trying to murder a store clerk and 7 police officers for asking you to wear a mask.

Adam Zaborowski is being held on $1 million bail and faces 22 charges including attempted homicide and aggravated assault.

For the Glasgow man who pulled a gun on nightclub bouncers and got promptly dealt with, click HERE.