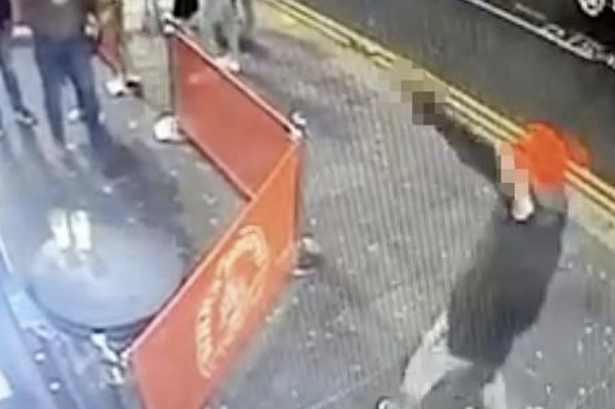 This did not go to plan at all.

If you pull a gun on someone knowing full well you’re too afraid to use it, you better hope the people you’re aiming at don’t see right through your tough guy act and make you look a viral plonker on CCTV.

Unfortunately for this pisshead outside Nico’s Cafe Bar on Sauchiehall Street, the three bouncers he was pointing his pistol at were not intimidated in the slightest.

It was scary stuff. I was outside having a cigarette with my mates. I thought it was just a fracas at first.

I just saw the bouncers attacking him and punching and kicking him. But when they had him on the ground, I noticed the gun. Someone could have really got hurt, or worse.

Were there even bullets in that gun? Who knows. But fair play to the bouncers who wouldn’t have known either way and just took a gamble on this guy being full of crap which it turned out he was. Balls of steel indeed. As for the would-be gunman, maybe try another club next time.

For the Kazakhstan bouncer who was knocked out with an outrageous two-punch combo, click HERE.