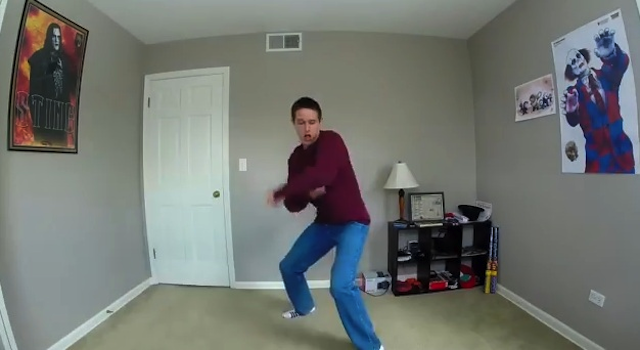 I don’t know why anyone would do this 100 times but this guy did, and then made a supercut of it which completely rules.

Napoleon Dynamite was one of the best movies of the 00s (and also has the distinction of being the only movie I’ve seen at the cinema in two different countries) and one of the best parts is undoubtedly the climax where Napoleon does that sick dance routine at the school.

For some reason, this dude decided to do the dance in his bedroom for 100 days in a row and it looks as though he completely nailed it because he subsequently decided to make a supercut of it where’s he wearing different clothes in almost every one of the shots. That’s a lot of clothes, and as you’ll see, also a lot of Breaking Bad themed t-shirts. Surely one is enough?

Anyway, his weird t-shirt collection shouldn’t detract from the fact that this was a painstaking labour of love that this dude completely nailed, and it’s a great tribute to one of the greatest cult movies of all time. Vote for Pedro!