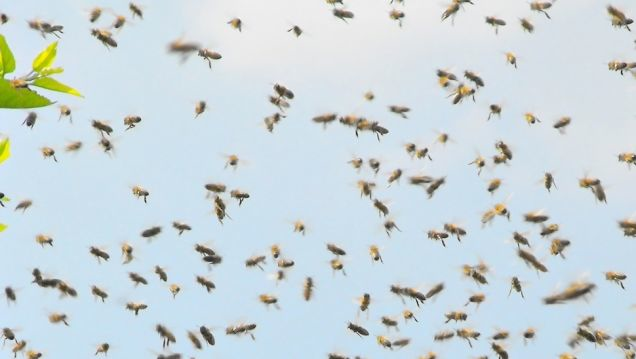 They were hiding there for ten years.

As far as horrific deaths go, this might even be worse than being sucked into an aircraft engine and chopped into little tiny pieces because I remember what happened to Macaulay Culkin in My Girl and that was pretty horrific whereas this is about 10,000 times worse.

Two landscapers were working on a property in Douglas Arizona when they accidentally bust into the attic where the bees had been maintaining a hive for ten years and the 800,000 bees started to attack them. Imagine 800,000 of those little fuckers coming for you. Truly terrifying.

This resulted in the death of one of the men and the other one remains in critical condition. I don’t really know how this could have been avoided, but if you’re messing around in an old house and think for one second that there might be some bees around then get the hell out of there ASAP.

Obviously this is a completely freaky situation though like something out of a horror novel, so it’s probably not going to happen to you any time soon, although bee attacks have been on the rise this year.