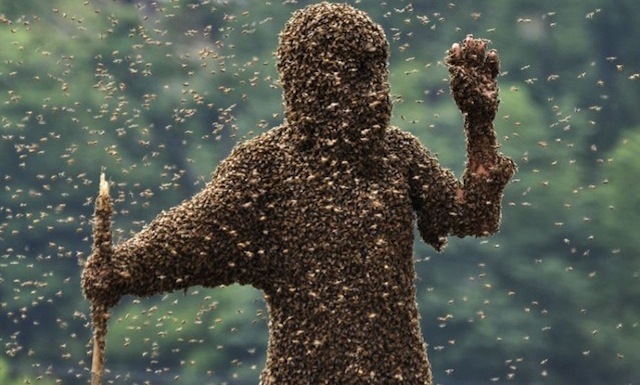 Two drivers in a car crash unfortunately managed to disturb a nearby bee hive, resulting in them both getting stung into oblivion.

Nothing like a car crash followed by 600 bee stings to completely ruin your day. Over in LA that was the fate of two female drivers whose vehicles collided and disrupted a bee hive sitting on a nearby tree, causing the bees to go berserk on them. One of the drivers, a 17 year old girl, got stung over 100 times, while the other driver, 51, was stung 500 times.

Bees, what a bunch of evil bastards. Not enough that they go around making honey and having sex with all our flowers, they have to sting the shit out of people who don’t deserve it too: