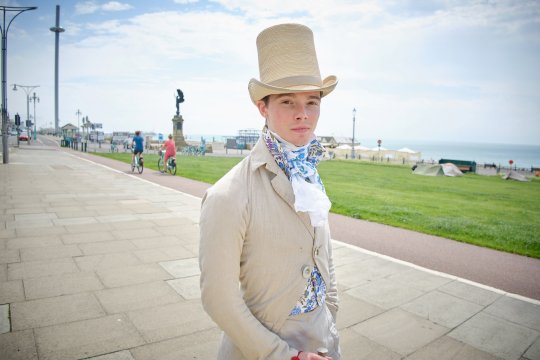 Whilst the culture of identity might be a fairly new idea, the fact is that it should be respected in every case but when you get someone saying something stupid like they identify as being from the 1820s then you really have to have a think about it.

The guy in question is 25 year old Zack Pinsent from Brighton, who has shunned modern fashion and only wishes to dress in clothes from the 18th century. He felt so strongly about it that he burnt his last pair of jeans at the age of 14 and has been seen cavorting with his top hat around town ever since.

Zack says that he first adopted the look when his parents moved house and he found a trunk of his great grandfather’s old suits. He found that they fitted him really well and ever since then he has researched, designed and hand sewn all of his suits himself, even running his own business providing them for other history buffs. 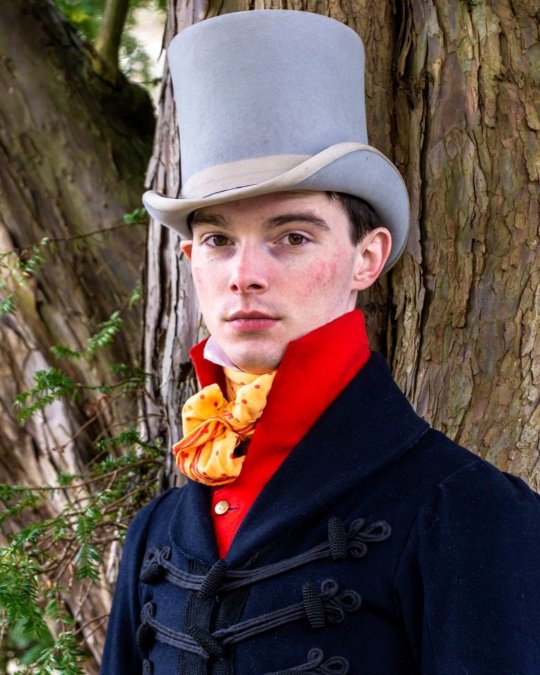 At 14 I made the symbolic decision to burn my only pair of jeans in a bonfire, it was a real turning point.

On non-school uniform days I would dress in three piece suits, but when I got to sixth form I started to dress in historical clothing every single day.

I was quite surprised that in the leaver’s book I was voted as the best dressed.

People weren’t necessarily saying that to my face but it was clear that there was an under current of respect.

I keep getting comments in the street that it looks like I’m going to meet Jacob Rees-Mogg.

The response is almost always completely positive, and genuinely lovely.

And it isn’t just a Brighton thing, I’ve been all over the world and people are inquisitive and appreciative.

Even when I was in London and a huge group of football fans are walking towards me, my natural reaction was to tighten up and look down.

But even then they were good-natured. 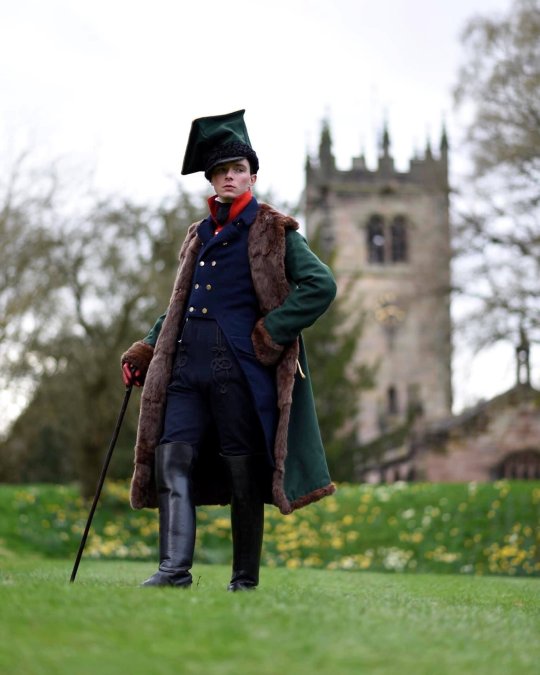 Well, I’ll be really honest I really wanted to hate this guy and call him a prick in this article when I saw what he was doing, but he’s actually coming across fairly well and you know what, if he wants to dress like a knob then who am I to judge him? He’s not harming anyone else and it makes him feel good and he’s making money off it so fairly play to him.

Probably pretty good for peacocking as well and getting laid. Guy has pretty much got it all. The dream.

For more of the same, check out this clothes brand that failed to see that their new dress was covered in vaginas. Lol.