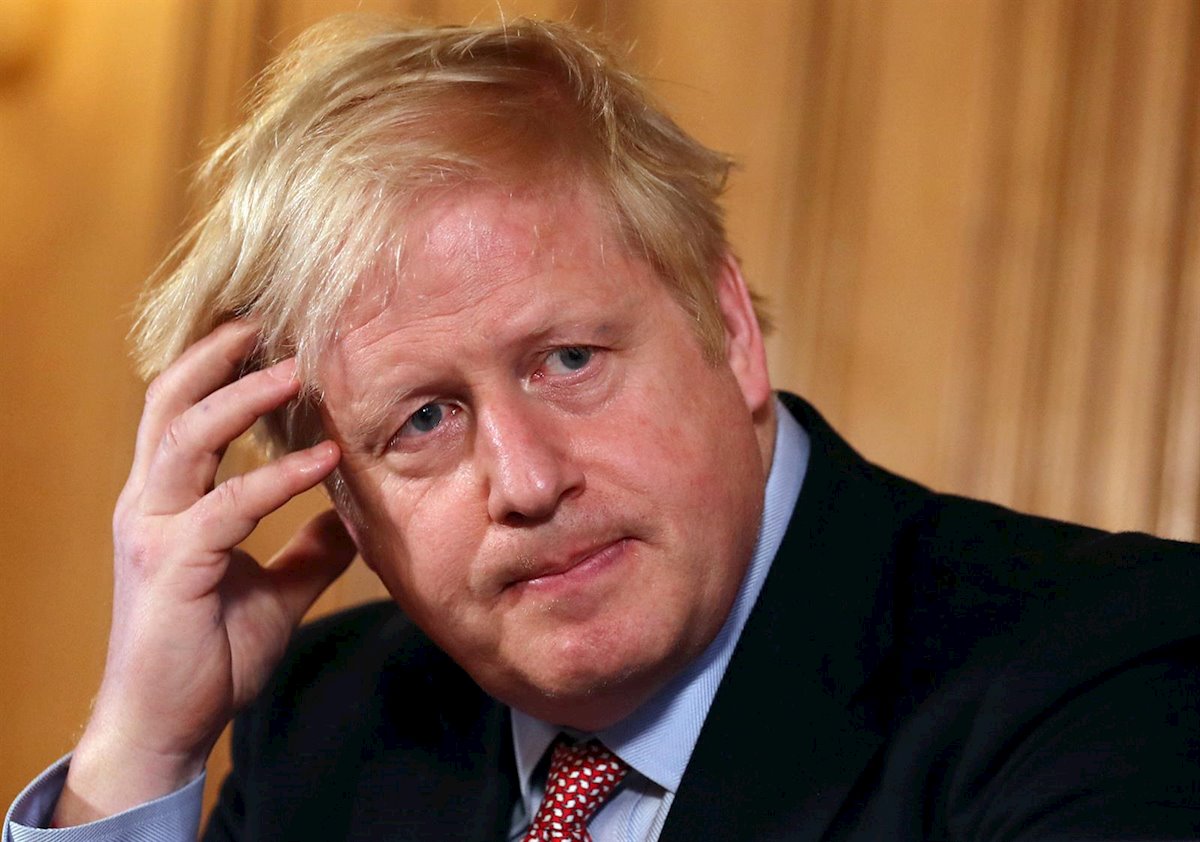 Boris Johnson is still in hospital fighting coronavirus and while it looks like he’s gonna be OK, there was a while there the other night where things weren’t looking good and people were convinced the PM was about to die.

Well this has resulted in some hilarity on Twitter which I thought was funny enough to blog.

It starts with user @Hussein13i predicting that Boris Johnson will die this Friday, and cheekily tagging Skybet with the hashtag #requestabet: 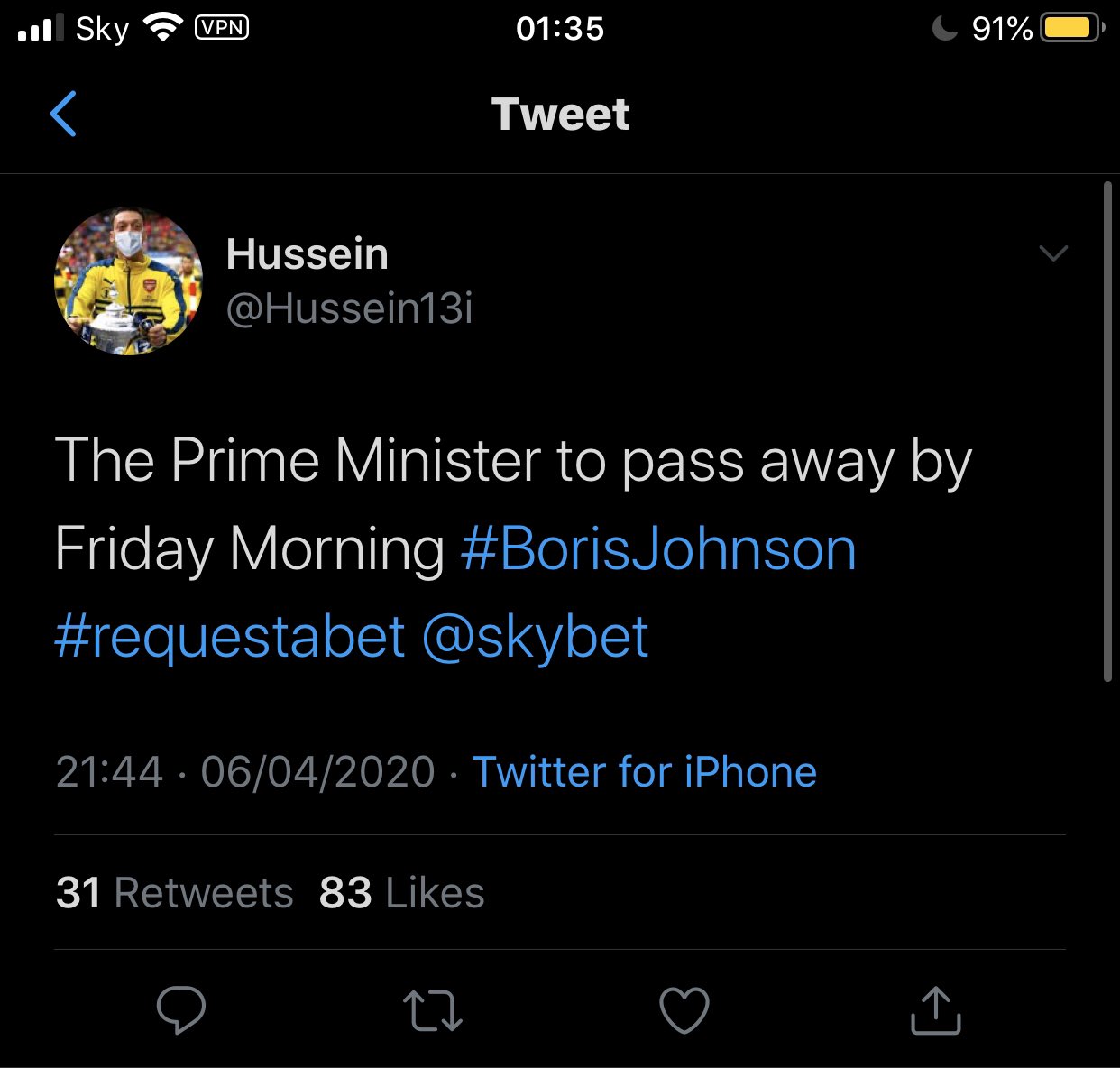 Along came his old childhood friend Abdi AKA @incelabdi, who clearly did not see the funny side of Hussein’s Tweet at all: 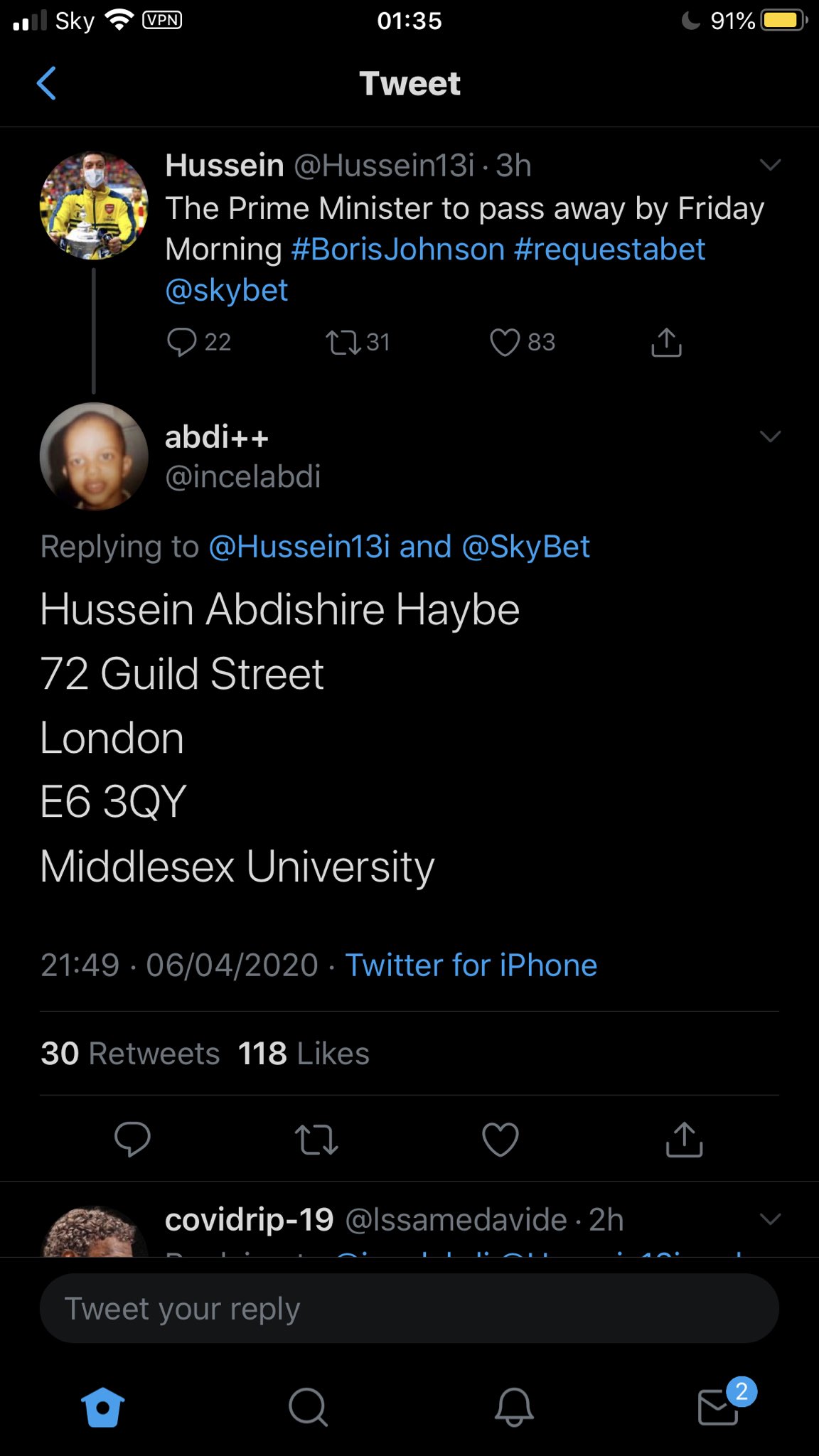 Did this guy just snake his boy for Boris Johnson? You bet he did: 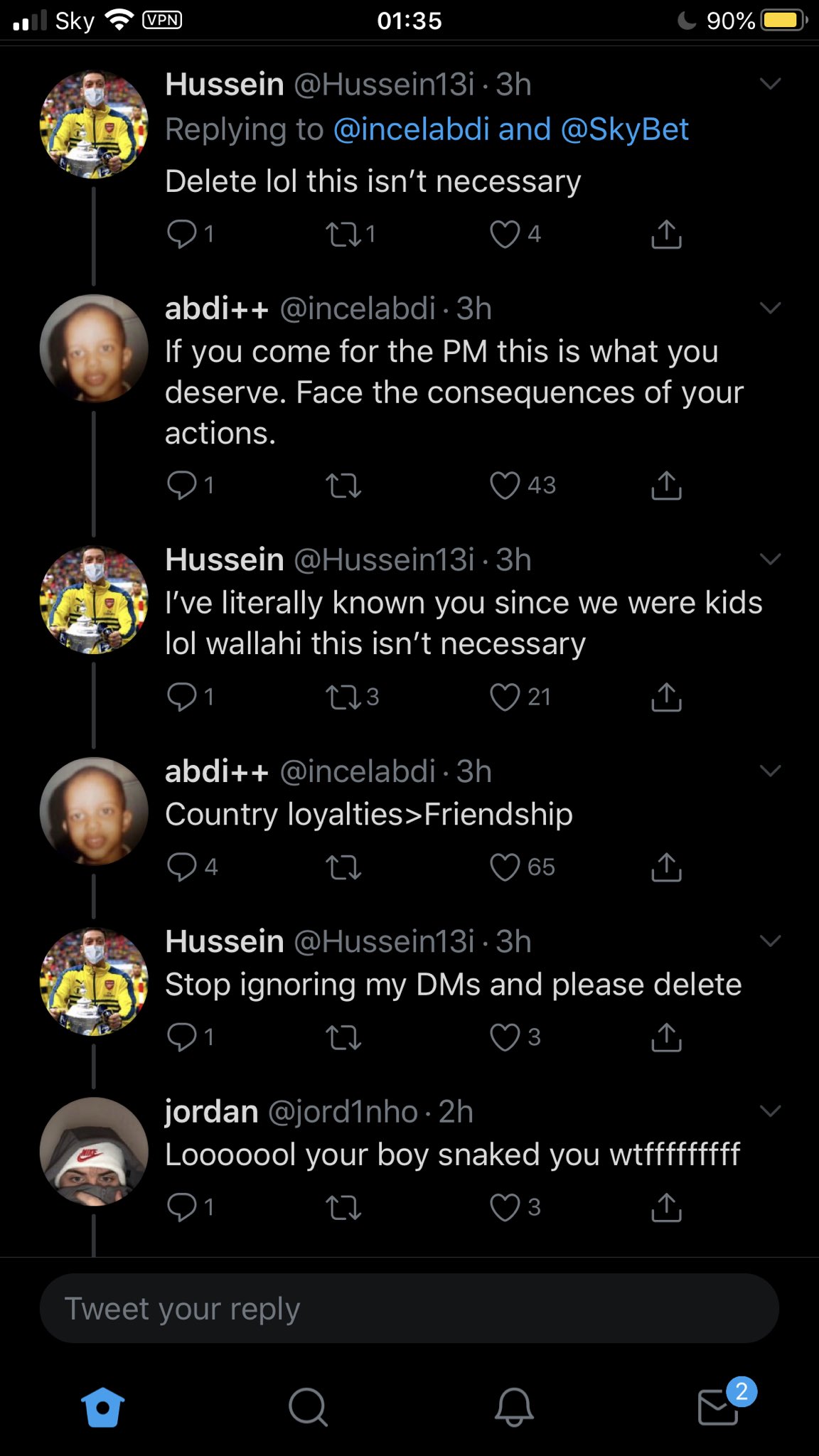 Wow. Now that’s what you call a true British patriot! I don’t know if Abdi was born in the UK or how his family came to reside here or any details like that, but it doesn’t matter one bit because clearly this guy is British through and through. Cracking a joke about Boris Johnson dying while the PM is potentially on his deathbead? Over Abdi’s dead body, ironically enough. Not happening on his watch whatsoever.

This is the bit that really cracked me up though: 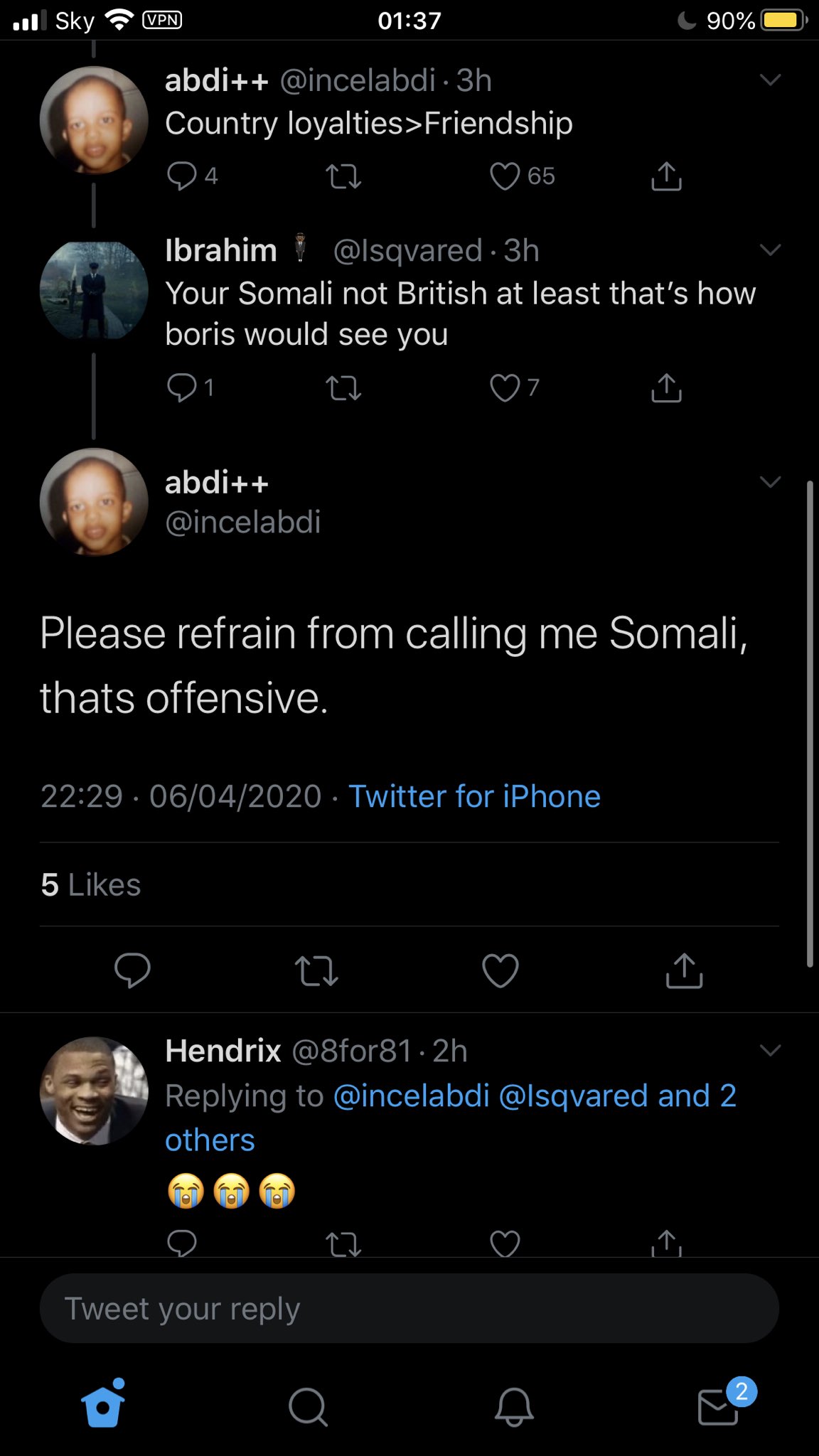 Too funny. I know there’s a decent chance this whole exchange was faked to go viral but I don’t even want to investigate the possibility because I need to believe it’s real. Lol @ ‘country loyalties > friendship’. Forget Boris Johnson, Kim Jong-un would be proud of that one.

For the girl who exposed her own sister for posting fake hiking photos on their back garden, click HERE. No love lost there I bet.