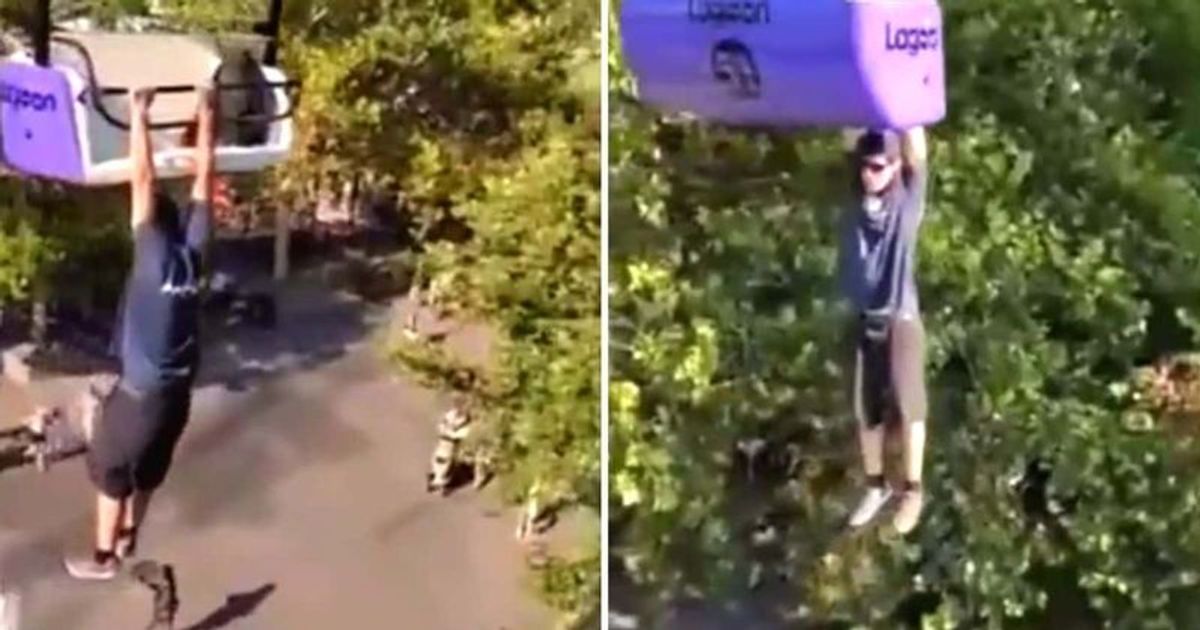 There’s obviously an element of risk and danger when it comes to theme parks, but nobody actually wants to head to one and end up losing their life, do they?

This is sadly what went down with an unnamed 32 year old at the Lagoon Amusement Park in Farmington, Utah on Monday though, but it appears like he only has himself to blame rather than one of the rides malfunctioning as he decided to climb out of his cable car and hang from its safety bar before seemingly losing his grip and plunging fifty foot to the ground. He was airlifted to the University of Utah hospital in critical condition, but sadly passed away shortly afterwards. RIP.

Footage was shared on social media of the man hanging from the cable car, although thankfully the part where he fell has not been shared:

Yeah, it definitely seems as though he’s sorta asking for that if he’s going to climb out there and hang like that from the cable car doesn’t it? Clearly he was confident that he could hold on and it doesn’t look as though he’s struggling, but I guess these things can change in a heartbeat.

RIP to the guy and thoughts to his family, who were apparently visiting the park with him at the time. Don’t try this yourself if you’re thinking about it next time you visit a theme park.

For more of the same, check out when this theme park ride broke in half in Uzbekistan. Crazy.