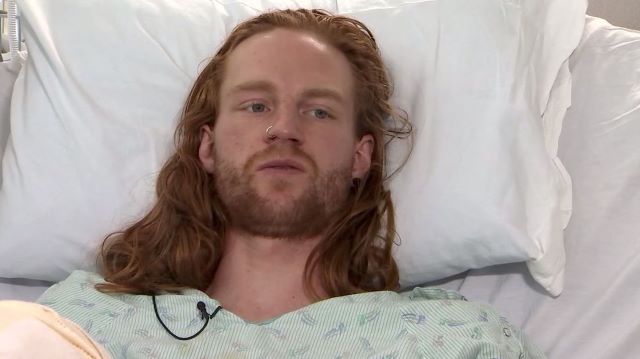 A runner crawled for eight hours to find help after injuring his leg on a mountain trail in Washington and finding himself in the middle of nowhere with no one around for miles.

Joseph Oldendorf had detached his tibia – that’s the part of the leg labelled below: 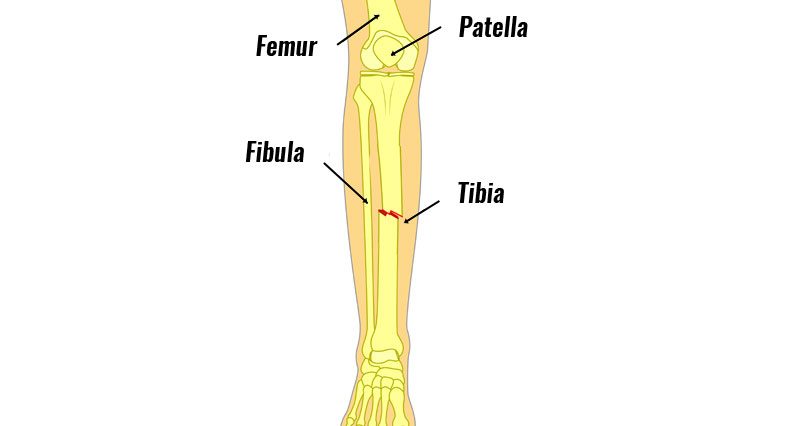 Joseph had a fully-charged phone on him but no reception, and so had no choice but to start crawling in his light running clothes as temperatures dropped below freezing. After 8 hours and ‘several miles’ he finally got service and dialed 911, but he kept crawling until help arrived.

I wasn’t counting on my phone ever working I just figured this is my only chance I’m going to crawl all the way there.

I didn’t want my family to hear I died in the wilderness. I think it’d be unbearable.

Crawling on the trail made his knees so raw, he said he put his shoes over them for a level of protection. Here’s what his knees ended up looking like: 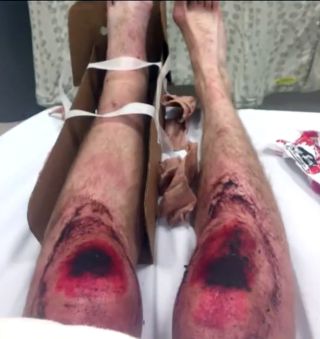 As if the pain of a detached tibia wasn’t enough, the poor guy had to crawl 8 hours in freezing temperatures and turned his knees red raw in the process. Ouch!

I mean just think about how long 8 hours actually is? That’s a flight from London to Mumbai. It’s a ridiculous amount of time to be spent crawling on your hands and knees. But then I guess when the only other option is death you just think of your friends and family and keep on going. Imagine if he had just given up and died out there like most people probably would have done. He wouldn’t have been able to tell this amazing story of grit and determination. Respect to Joseph and get well soon!

P.S Maybe stick to the gym next time? Then again – that can be pretty dangerous too (NSFL).