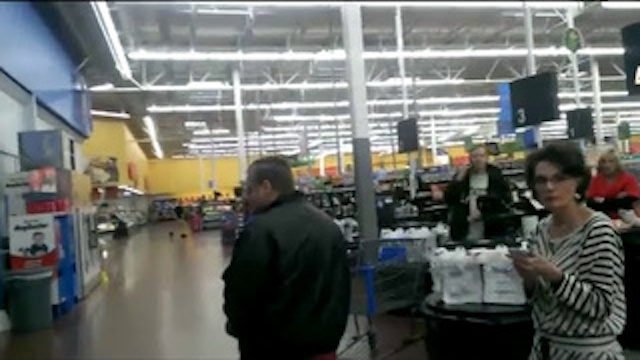 What would you do if you walked into a public toilet to find a man jerking off with his pants around his ankles looking in the mirror?

How would you react if you were a woman and you walked into the ladies’ toilet of a Walmart only to see a guy with his pants around his ankles looking into the mirror and jerking off?

She then decided to turn to her cellphone and started filming the man as he was leaving the Walmart, at which point he began to leg it off. An employee tried to detain him, but was advised against touching him by another employee and so he was free to leave. Davis continued to follow him though and got pictures of his car and licence plate.

This enabled police to track him down to his home in an area called Broken Arrow – which apparently isn’t just what you call it when you lose a nuclear weapon, but also a town – and arrested a 37 year old man called Brian Hounslow, who was charged with indecent exposure. His bail was set at $5000.

In his defence, Hounslow also stated that he didn’t realise it was the women’s bathroom. Like that makes a difference though, really.