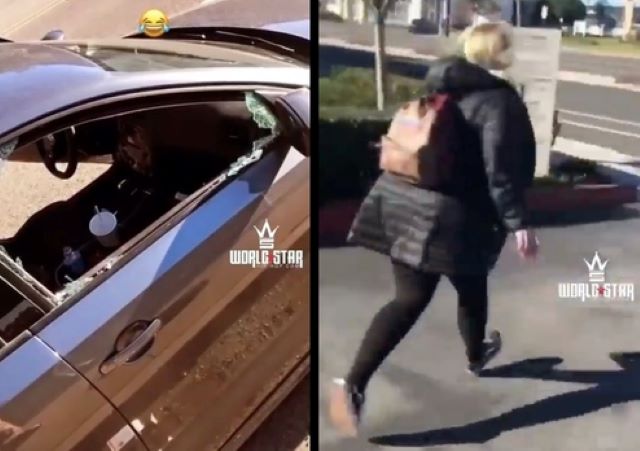 This is so satisfying to watch.

A guy who had his car broken into was fortunate enough to be in the same CVS store as the lady using his stolen card, which he realised as he received a notification on his phone. Luckily, this made it incredibly easy for him to identify the thief.

It resulted in some truly amazing footage of the thief running off in terror as he chased her down the street:

Lol – too funny. She really did not know what to do with herself. Like the man says it’s possible she didn’t break into his car herself and was just using the stolen card, but it seems pretty obvious that she knows who did.

What I don’t get is why she took her mask off mid-way through the video when she’s trying to get as far away from the camera as possible? Unless she was actually running in the direction of a police station to hand herself in and save everyone the trouble. Either way, a beautiful bit of viral gold and a lesson to anyone out there looking to shit on their own doorstep (criminally speaking). You love to see it!

For the Derbyshire thief who knocked a woman out at 3am in order to steal her kebab, click HERE. Not cool.