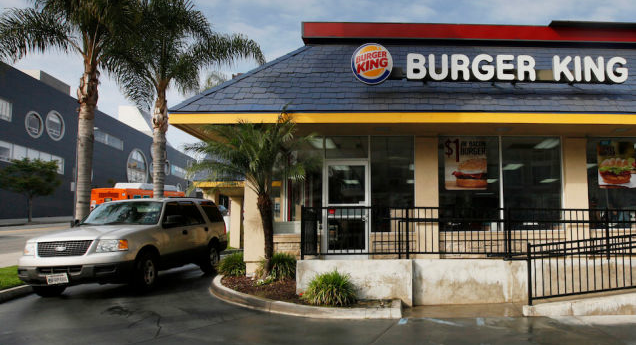 When you’re waiting in line and some kid is yelling about how much he wants an apple pie, there’s only one option.

Some days, you’re at Burger King waiting in line and it’s really long and it’s hot and all you want is that bacon double cheeseburger but it’s taking forever and there’s this little whiny twat of a kid standing behind you whining about how much he wants an apple pie and it is just getting to you big time. So what do you do? You take the power back. You buy every single apple pie at Burger King so this little brat can’t have his apple pie and learns his lesson that whining like a bitch isn’t the way to achieve anything or get anything done. That’s what one dude actually did according to the Reddit page ‘offmychest’. Here’s his account:

It turns out it was so slow because they had 1 trainee on cash during the lunch hour rush. All I can think of is how the people behind me ruined my splurge and gave me this headache. I then decide to ruin their day. I order every pie they have left in addition to my burgers. Turned out to be 23 pies in total, I take my order and walk towards the exit. Moments later I hear the woman yelling, what do you mean you don’t have any pies left, who bought them all? I turn around and see the cashier pointing me out with the woman shooting me a death glare. I stand there and pull out a pie and slowly start eating eat as I stare back at her. She starts running towards me but can’t get to me because of other lineups in the food court. I turn and slowly walk away.

Hero. Maybe next time just ditch burger king and get a hipster burger instead – probably won’t be any kids there.