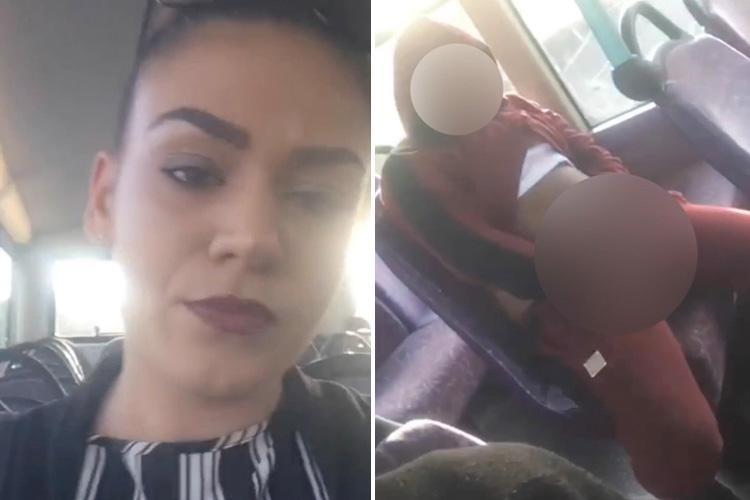 ‘Happens all the time babe, sorry.’

There’s always a chance that you could end up in a really awkward or scary situation when you hop on public transport, but more often than not you’re going to be AOK and it’ll be plain sailing.

There are those times though when things really do go a bit west and the video below is a clear example of this. It was filmed by 22 year old Karlah Louise Daily on the number 16 bus from Armley to Leeds over the weekend and features a creepy man switching suits to be closer to her and then starting to clearly jerk off over her and leaving nothing to the imagination.

To make it even worse, Karlah informed the bus driver of what was going on, and instead of stopping and throwing the perpetrator off, the driver just recommended that she moved seats.

The video blurs all the bad stuff out but it’s still pretty gross, so be warned whilst you read Karlah describing her experience in her own words:

I went upstairs on the bus as downstairs was very busy. I noticed a man was right at the back of the bus and I sat in the middle section on the left-hand side.

I was on the bus for about ten minutes and as we approached Leeds city centre, people started leaving the bus from upstairs.

It was then that I noticed that the guy had moved closer to me but I didn’t look straight away.

I turned to look to my side and this guy in a red tracksuit with his hood up was staring directly at me. His eyes were fixed on me and his hands were on his private area, making up and down movements. Instantly, I was in shock.

I got my phone to record him and asked him ‘can you please stop it’ but he still carried on with his eyes fixed on me. I got up to leave and he said, ‘I love you’.

I honestly didn’t know how to react. I felt silenced as if I couldn’t really speak.

I went downstairs to the bus driver and told him what had happened. The bus driver then asked me if it was the guy with the red tracksuit on and I said yes. The driver could obviously see him in his camera.

The bus driver just told me to stay downstairs, no details were taken and then that was it. I do feel the driver could have perhaps handled it better because when I was getting off the guy was still upstairs.

What if children and younger females boarded the bus after I left? He could have potentially done the same to them.

First Leeds are appalled by the footage of this incident on one of our buses and are treating the matter very seriously.

I guess the driver should have really done something there because it sounds like this guy was a complete and utter creep. At least Karlah was OK and she was safe, but who’s telling what else this weirdo in the red jacket might have got up to later on that evening? Let’s hope nobody got hurt and remember if you do see something like that going down in the future, just call the police.

For more of the same, check out this woman who has been banned for life from Bradford buses for farting on them too much. Seriously.