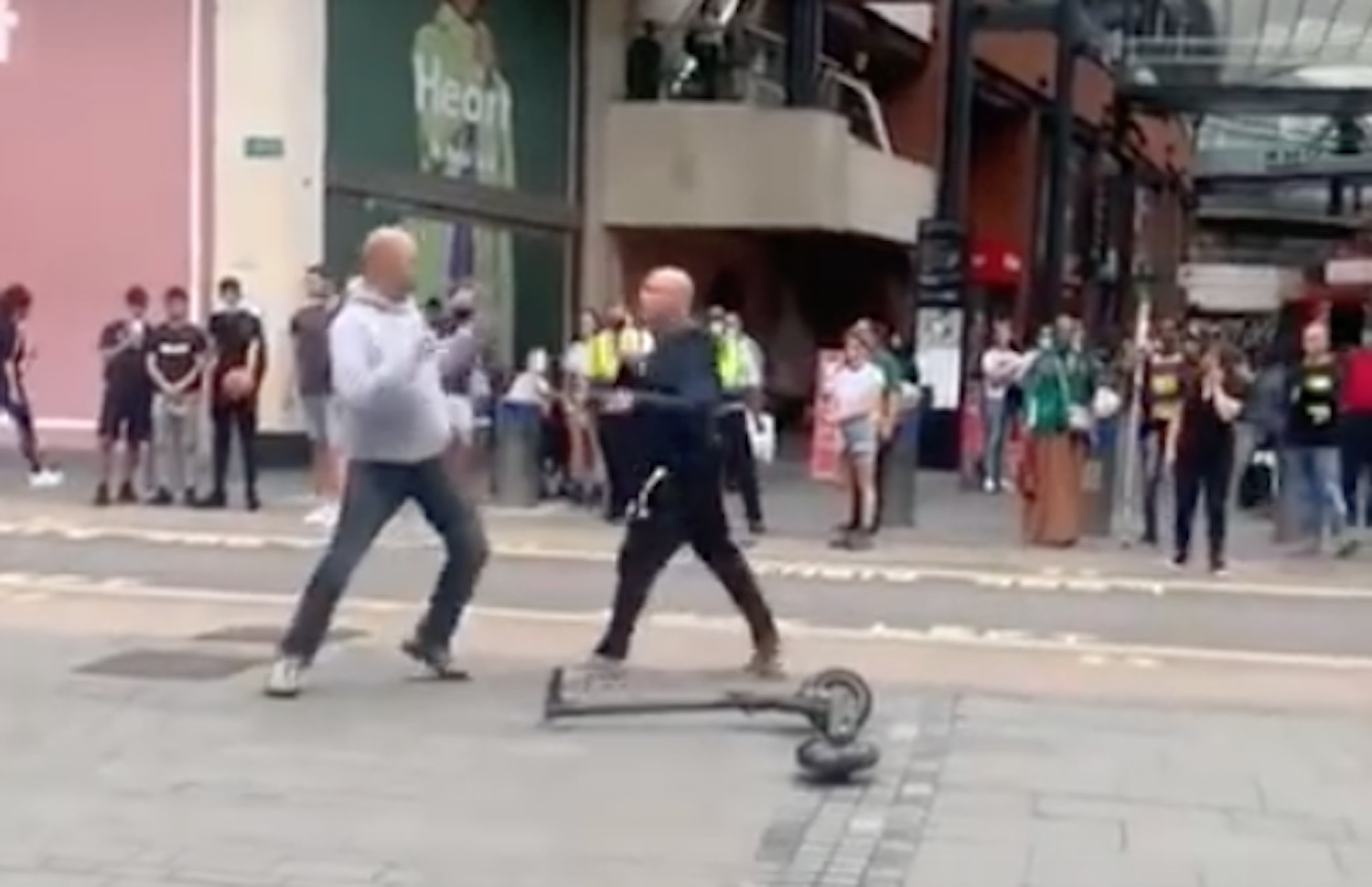 Looks like the theme of the week is ‘people beating up racists in public places’ because after that video of someone knocking out racist Billy Steele on the tube went viral over the last couple of days, we’ve now got this video of someone beating up a racist in a Bristol shopping centre.

I’ll be the first to admit that this video isn’t as good as that one from the subway, but it’s still pretty satisfying to see and there are a number of funny points in the whole situation. If you want to see them actually start fighting then you probably want to skip to around the three minute mark, it’s worth watching the whole thing though for sure:

Lol, OK so here’s what I really liked about it:

Yeah, so not as good as the Billy Steele video from earlier this week, but still a pretty enjoyable watch. Hopefully all the racists keep seeing these videos and just fuck off, yeah?

For more of the same, here’s the full version of the Billy Steele knockout. So much better when you see the whole thing.