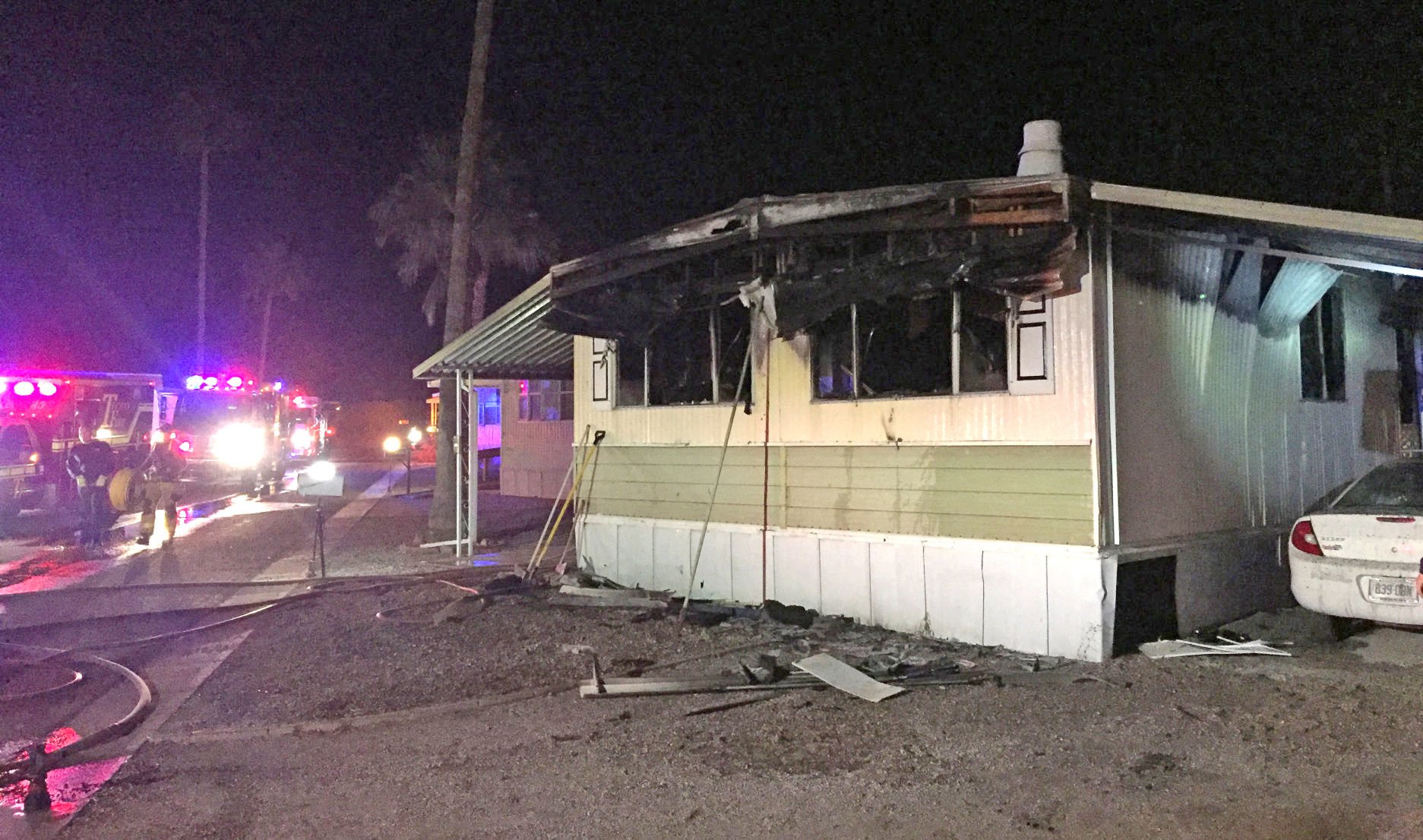 I’ll admit that when I see a spider crawling around on the floor of myself I get a bit freaked out and either want to kill it or get it out of there as soon as possible, but I don’t think I would ever go to the extreme measures as the man in this article in order to get rid of it.

The unnamed man from Arizona decided that there was only one way to get rid of the spider and spider web infestation underneath his mobile home, and that was to use a propane gas torch to burn them all away. Yeah that’s right, this old dude thought it was a good idea to pretty much take a flamethrower to the webs underneath his home. Guess he’s not looking to win any awards for common sense any time soon eh?

Anyway, the result was about what you can expect, with the webs setting the mobile home on fire and the guy having to run in to save his wife. She was treated at the scene by paramedics and was ok. The same unfortunately couldn’t be said of the mobile home – about 20 firefighters tried to put out the blaze for 12 minutes but eventually had to admit defeat. Ouch.

No news on what happened to the spider but I’m presuming that he didn’t make it out alive if the whole house burned down. So I guess in that respect using the propane torch was a success – just a shame that the guy and his wife are now homeless because of it. Win some, lose some.

For more spiders, check out this guy living in the most horrifically spider infested apartment of all time. Could do with a propane torch.