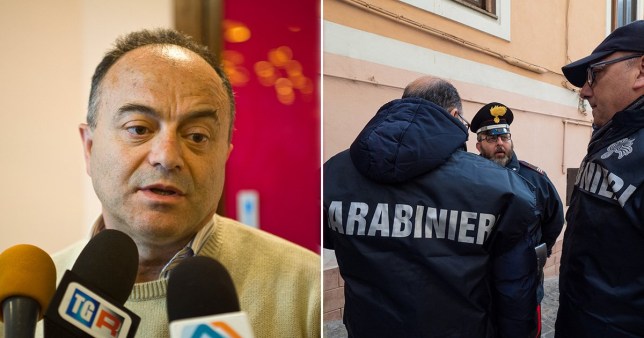 In what might be the weirdest story of inclusion ever, the Italian Mafia has relaxed its rules on homosexuality after it emerged that the son of a mob boss is a drag queen.

As Vito Spatafore found out in the Sopranos, mafia members faced being ostracised and/or murdered if they were even suspected of being gay.

But it looks like the mafia is now moving with the times and gay men are now permitted – though only in their lower ranks.

Vito Spatafore walked so this kid could run pic.twitter.com/9gEQEOwZyM

This news was revealed by Nicola Gratteri, who has spent the last three decades prosecuting the Mafia. He told The Sunday Times:

It undermines their image of themselves as tough, virile guys.

But the mafia have evolved along with society. Gays can be accepted now, even as foot soldiers, so long as they don’t parade it in public.

Gratteri, who lives under police protection, says that younger mafia members freely enjoy drag bars and the son of one prominent crime boss is living as a drag queen under the name Lady Godiva.

He also intercepted ‘passionate’ letters between one crime boss and a young lieutenant.

Gratteri says that in general the ‘Ndrangheta, Europe’s most powerful Mafia based in Calabria, southern Italy, are ‘going soft’:

I’ve brought to trial the grandfathers and fathers of today’s bosses.

They were impassive in the face of long prison sentences.

The young today can’t take the stress of prison in the way their parents did: they get paranoid, depressed; they’re more fragile.

Well I’m not sure that inclusion in the mafia was ever the goal of any gay rights campaigners, but I’m sure they’ll take it all the same. I mean nothing screams ‘equality’ and ‘progressiveness’ more than homosexuals being permitted to carry out murders and extort money from terrified business owners on behalf of the mob, right?

How long before we see the first gay Godfather? I bet Hollywood is working on the script as we speak.

For the salon worker who is currently fearing for her life after rescheduling a ‘gangster’s wife’s’ appointment, click HERE.