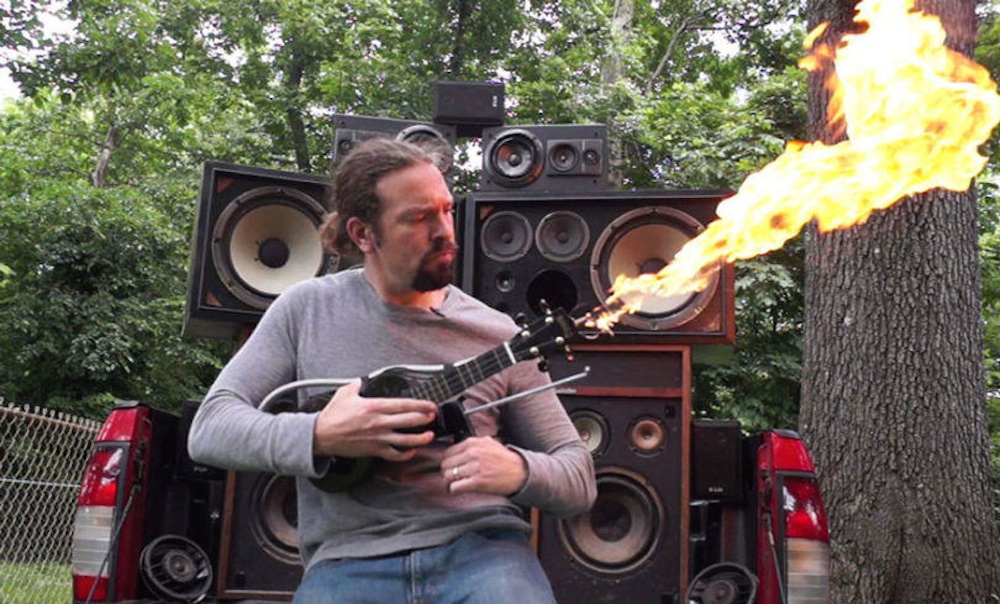 Here’s how to make your own.

Mad Max is one of the killer movies of the summer and one of the best things about it was Doof Warrior, who stands on front of a truck all movie playing his guitar like an absolute sickhead.

Of course, most of us probably wished that we could be as cool as Doof Warrior after seeing Mad Max but none of us actually bothered to do anything about it. The same can’t be said of a guy from Missouri named Caleb Kraft who was so inspired by his performance that he just had to go and make one of his own. Ok, it’s a ukelele and not a guitar which isn’t as cool, but it’s still pretty impressive nonetheless:

I didn’t want to try to replicate exactly what he had, and I also wanted to scale things down to be marginally safer. My version can be built from hardware store parts in a very short amount of time.

Safer?!? Pfft – you think Doof Warrior cared about being safer?

In any case, Caleb was nice enough to tell everyone else how to make one as well and apparently all you need is a ukelele (or guitar if you’re actually a badass), zip ties, electrical tape, a caulking gun and a butane canister and there you go. Be the king of your summer BBQ with one of these badboys. You’re welcome.

Kim Jong-un Just Killed Someone With A Flamethrower