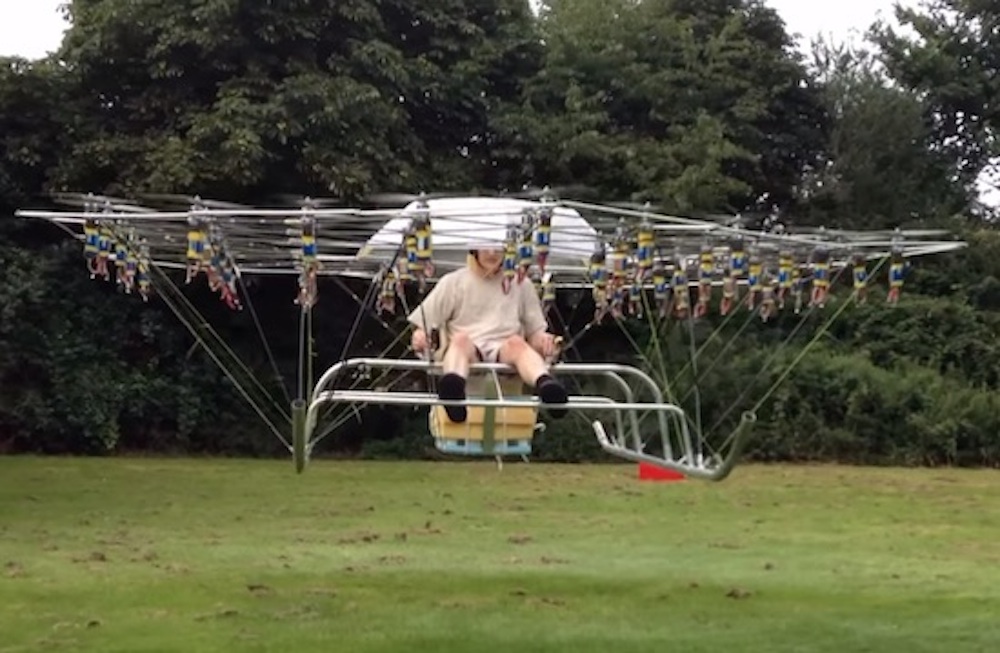 I can’t really see this taking off in the mass market.

It’s good to have a hobby so that when you have some spare time you can use it to get better at your hobby rather than just spending it drinking yourself into oblivion or sitting in your bedroom doing nothing.

However, I think it’s probably better to have a hobby like football or a musical instrument rather than spending your time like this dude, who for some reason has decided to create a flying machine for himself out of 54 drone propellors and six grouped control channels and Hobbyking stabilisation, whatever that means. I’m not saying that it’s not cool that he’s built this weird contraption, it just more seems like it’s absolutely pointless because it only flies for ten minutes and it just doesn’t seem that useful, either for the guy’s personal pleasure or to attempt to sell on the mass market.

I suppose it might be cool if you need to get somewhere ten minutes away and the road has a really annoying one way system that makes the joinery take way longer, but that sounds unlikely and even if it did happen, it’s probably going to be pretty hard to park this contraption anywhere that isn’t a giant field. Fair play to the dude I suppose though, at least he’s doing something with his time and isn’t creating flying machines as dangerous as what this guy was doing.