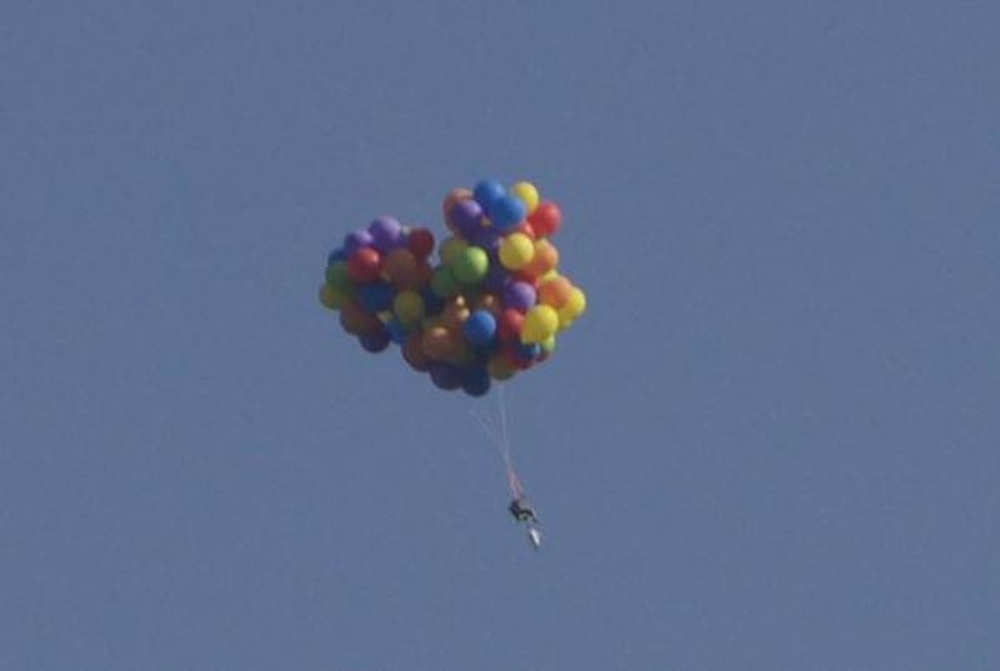 A 26 year old Canadian man named Daniel Boria has been arrested for mischief after flying over the city of Calgary in a chair tied to 110 helium filled balloons. He decided to do this to promote his cleaning products company, because the stunt and the product obviously go hand in hand with each other.

Boria is a trained skydiver and planned to parachute off the chair into the Calgary stampede – an annual rodeo festival in the city. However he got his bearings wrong and ended up landing in an industrial field so kind of messed the whole stunt up. He also ended up spraining his ankle.

He had this to say about the stunt:

It was incredible. It was the most surreal experience you can ever imagine.

At one point I looked up and saw some of the 110 helium-filled balloons popping and the $20 chair I was sitting on shaking.

I knew I would get arrested, but I didn’t think they would pursue it as heavily as they did. 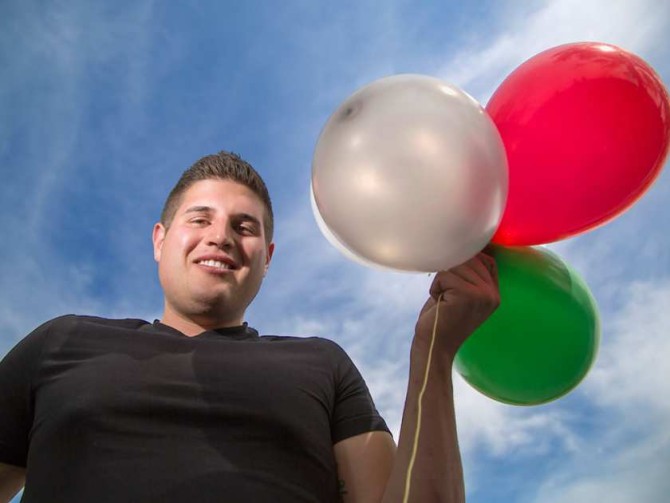 Police are particularly aggravated because he left the chair floating in the sky and they feel that if the balloons pop – which they inevitably will – then this chair could potentially kill someone as it falls to the earth. I suppose they’ve got a pretty good point there.

They’ve confiscated Boria’s parachute and are in the process of tracking down the balloons and chair apparently, although how they’re carrying that out I’m not exactly sure. Inspector Kyle Grant expects Boria to face more than a mischief charge when all this is done and offered him the kind of deadpan line you might here in a bad action movie:

I think he will end up out-of-pocket quite a bit. It probably would have been cheaper to get a billboard.

Told. Especially as none of the reports on the incident have even mentioned the name of his cleaning product company. Back to the drawing board.

Still, at least he didn’t let off 1.5 million balloons at the same time – now that really was a disaster when that happened.