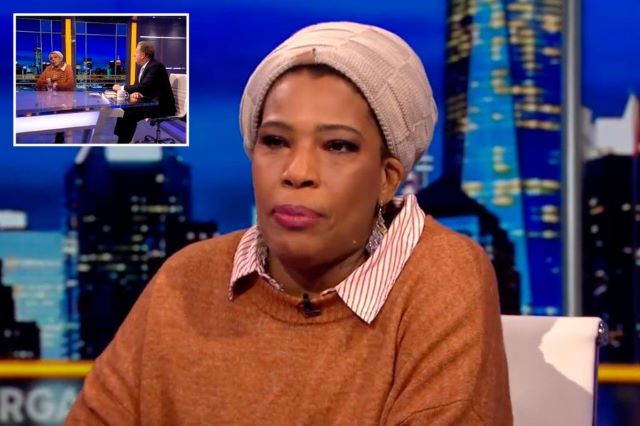 The singer said ‘just because you go change your body parts, doesn’t make you a woman.’

I hadn’t heard the name Macy Gray for a good few years, so it was pretty bizarre to see her show up on Piers Morgan Uncensored the other night, where she became the latest high-profile female to make her feelings clear on the transgender/gender identity debate.

On the same day Bette Midler faced backlash for claiming ‘women are being stripped of our rights over our bodies, our lives and our name’, Gray said the following:

“Just because you go change your parts, doesn’t make you a woman, sorry.”

Gray is receiving a lot of support on social media, but as she predicted, a lot of backlash too:

macy gray being all transphobic and “a woman is this” when she’s the one who made me feel cool for having a deep voice like a man? damn

I stand with Bette Midler, Macy Gray, Martina Navratilova, Chris Evert, JK Rowling, Pamela Paul, Sharron Davies, Mara Yamauchi and all the other women who stand up for women’s rights in the face of attacks from all sides. #WomensRightsAreHumanRights

what is it about “womanhood” that TERFs like macy gray and bette midler are so desperate to cling to? trans women existing doesn’t make me any less of a woman, no matter how different our experiences may be. it’s just ridiculous at its core honestly.

When you know you’re speaking the truth – personal or societal – you might as well stay on your feet and defend it. Running away feels like defeat. Well done Macy Gray

Well, whatever the truth is, it seems more and more women are having the balls (pun intended) to speak out about the issue and their view that the word ‘woman’ is under threat when anyone can simply declare “I am a woman” and be uncritically embraced as such. It’s a complicated topic that I don’t really want to get too deep into, but should there be a line where people on both sides of the debate agree gender identity becomes nonsensical? And where is that line exactly? For example, this genuine, authentic Tweet on a “missing woman” from Toronto Police the other day:

Surely 10 years ago even the most ardent trans activist would have found that laughable, which lends credence to the idea that the word ‘woman’ is losing its meaning incrementally over the years. Still, it sucks for all for the trans women out there who just want to live their lives as they see fit without all this divisive debating over sex and gender identity. I don’t know what the solution is but the topic is probably going to be a big one in the next political cycles of our generation. Now hit it:

For the time Adele was accused of transphobia for saying ‘I love being a woman’, click HERE.