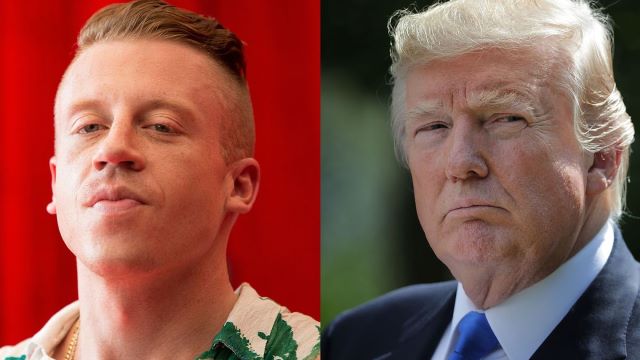 Most people are relieved that Donald Trump is finally out of office, but the last thing anyone wanted was for the same old celebrities to start getting involved and ruining everything like they always do, for example the ‘Imagine’ video after COVID hit and the “inspirational” ‘I Take Responsibility’ video following the death of George Floyd last year.

Well it looks like Macklemore didn’t get the memo on that one, as he released a Donald Trump diss track to celebrate Trump leaving office yesterday:

I was waiting for the white rapper freestyle to save our democracy.

Thank you so much Macklemore.

I turned this off half way. We’re past this. should have put this out a month ago it don’t take 2 months to put together a fake “freestyle” recorded in a single take. Its just ok anyway. I’m out not interested in thinking about 45 any longer.

I don’t know what all of you are talking about, I think this is the best rap song ever and I listen to all the great rappers: Will Smith, DJ “Jazzy” Jeff, Mark Wahlberg, all of them.

This is a song done for instant hype. It has no replay value and will be forgotten by next week lol

can it get worse than this

Macklemore could legit be telling me something that could make me a million bucks, but because he’s so annoying, I wouldn’t listen.

why is this mf so corny lol

is there anything this dude won’t use to pander?

Man get your ass back to thrift shopping

Will celebrities ever learn? Doubt it. Pretty annoying that they think they have something to do with politics by “using their platform”, when really what most people would appreciate from them is if they went and donated some money or something. Other than that, just stay out of it. Reminds me of that Dave Chappelle bit where he makes fun of the MSM for asking Ja Rule his thoughts on 9/11 the day after it happened.

The part I really don’t get about Macklemore’s freestyle though is how he says he’s “risking it all” by dissing Trump and might lose a lot of fans for doing so. Um yeah dude, sharing the same opinion as the mainstream media and everyone in your industry is so risky! Come on now.

For the time Machine Gun Kelly got boo’d off stage for performing an Eminem diss track, click HERE.