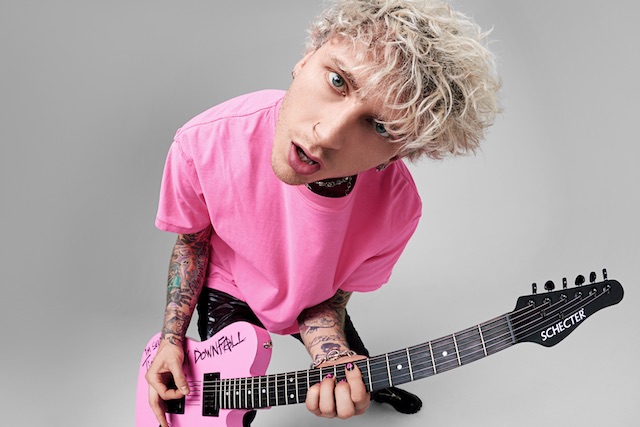 The definition of a rock star.

Whatever you think of Machine Gun Kelly and his recent rock album ‘Tickets To My Downfall’, you can’t really deny that it’s been super successful and catapulted him to the the next level of superstardom as a bonafide rockstar.

However, this has also led to a massive backlash about him in the rock world as people  have come out and say he hasn’t paid his dues and is just cashing in by being a multimillionaire rapper who’s friends with Travis Barker or whatever. MGK himself isn’t doing himself any favours either by positively calling out every struggling musician out there in a recent podcast where he goes absolutely mental at them for wearing comfortable shoes whilst playing the Warped Tour and not looking cool enough on stage.

Take a listen and see what you think here:

“The state of rock and roll depends on rock stars” – @machinegunkelly gets real on the latest episode of Rock This with @allihagendorf 🤜 https://t.co/aUtfSXVgWS pic.twitter.com/V7LQxjCTW6

I mean that sounds cool, but if you know anything about Warped Tour then you know that it’s the most gruelling and arduous tour ever and you could probably forgive a couple of people for wearing comfortable shoes when they had to push their gear for over a mile every day over rocky surfaces to literally play to nobody. On top of that, I’ve got a friend who played Warped Tour with Machine Gun Kelly one year and said that he turned up every day in his humongous bus, was always late to his stage time and always played over his allocated slot and was frequently fucked off his face for them too.

I guess in fairness to MGK though, that is pretty much your classic definition of a rock star though so that’s probably why he’s made it and everyone else is still out there wearing their comfortable shoes on stage and crying about MGK’s comments and success at the moment. That’s rock n roll baby!

For more of the same, check out Machine Gun Kelly hitting a home run whilst high on LSD. Is there anything this guy can’t do?