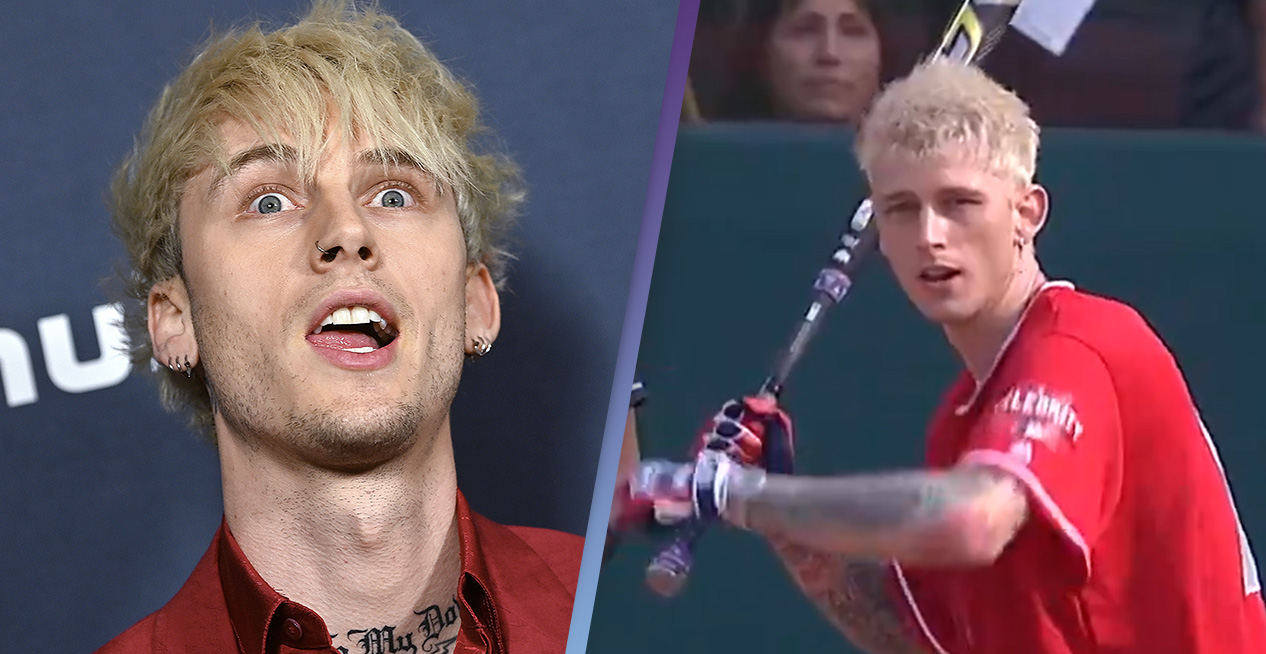 I think everyone knows that Machine Gun Kelly is a wild party animal by now, but I doubt any of us could have foreseen that he would have rocked up to a celebrity baseball game high on LSD – and then proceed to hit a home run.

This is what Kelly is claiming though after a video of him hitting the home run was shared to celebrate its one year anniversary. The theme of the game was Cleveland celebrities vs The World – not really sure why Cleveland was singled out or if there are even that many celebrities in Cleveland but there you go – and it reportedly took place last summer.

Here’s the clip and MGK saying that he was on LSD during it:

I suppose it was an underarm throw and that’s way easier to hit than a regular baseball pitch – maybe MGK told the pitcher to go easy on him because of the state he was in? – but even so it’s pretty impressive that he made it all the way around the diamond before it was thrown back, and even more so when you find out that he was tripping his brains out on acid. Never change MGK, never change.

For more of the same, check out Machine Gun Kelly saying that Megan Fox has the most beautiful feet he’s ever seen. What a charmer.