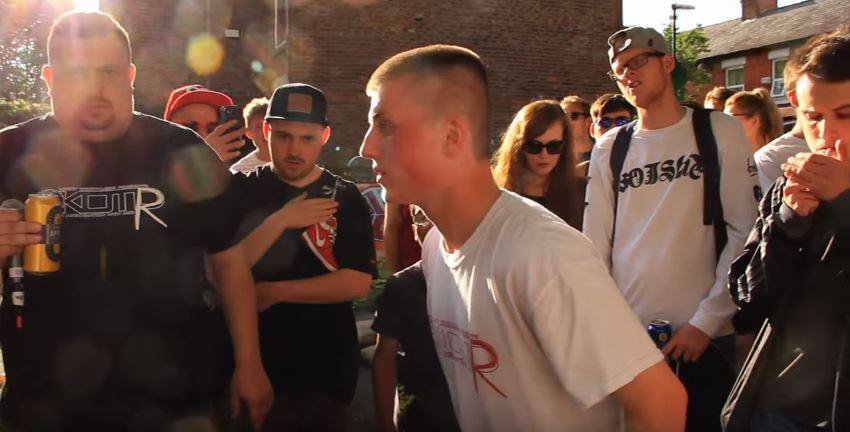 Here’s why you should take it easy on the smokes/drink before competing in a rap battle.

King Of The Ronalds is basically the most lowest-tier rap battle league around boasting some of the worst production values ever seen or heard.

The whackness of their video/sound production is matched only by the calibre of their emcees. One of those battlers is a dude named Mac Sherry who has a reputation for choking/forgetting his lines in pretty much every single battle. Despite this he soldiers on to the next one where he inevitably chokes again. Bit like Eminem in 8 Mile without the vindication at the end.

This showing from an impromptu battle in Manchester has to be the worst of the lot though, as he basically dies in front of everyone under the effects of a devastating whitey/choke combo after about 2 lines in.

Kinda managed to style it out in the end I think? Or just died off camera somewhere. Regardless think you’ve got to give the default win to the other dude there.

Come on though mate, if Dirtbag Dan can compete in a rap battle while tripping on mushrooms you should be able to spit a few bars zooted off your face.