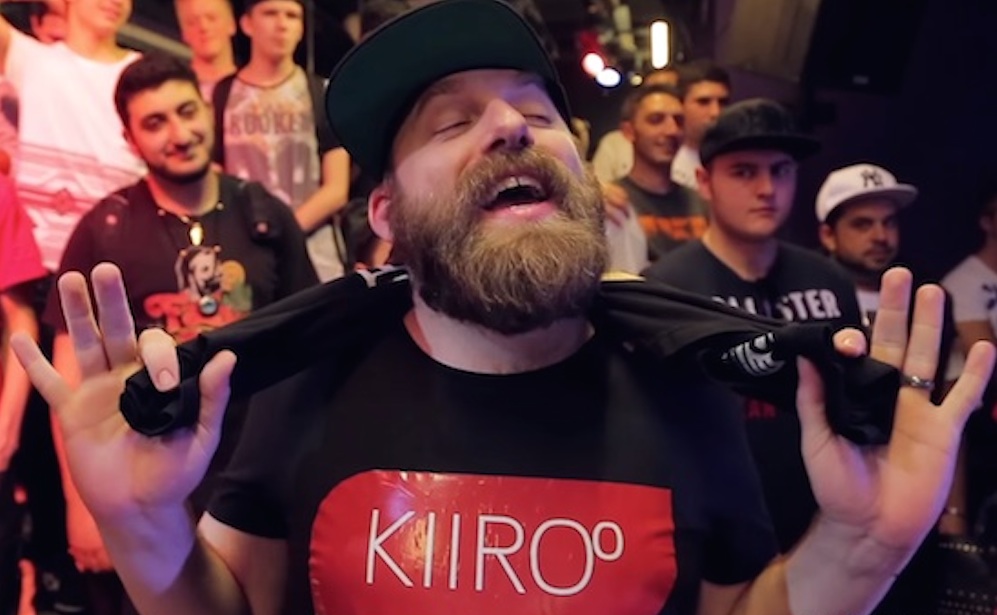 There are probably a lot of places you don’t want to be tripping your face off on magic mushrooms, but pretty near the top of that list for me would be backstage just before I’m about to take part in a rap battle in front of hundreds of people.

Not so for Dirtbag Dan, who positively revels in the situation when he was caught doing them before his battle with Big J in Amsterdam by the guys from Don’t Flop. In fact, he says the reason he wants to do it is to make the battle ‘interesting’. How do you think this is going to turn out? Needless to say it’s a bad idea but it’s still pretty hilarious.

To be fair Dirtbag does kinda hold it together considering how many mushrooms he had eaten but in addition to this he does get completely and utterly decimated during the battle and spends most of it rolling around on the floor laughing. I don’t really know how he thought this was going to go down, as it seemed like a foregone conclusion that he wasn’t going to be able to function effectively during it. It’s just a good thing he wasn’t going up against Rone, because that guy would have ripped him under the table if this battle is anything to go by.