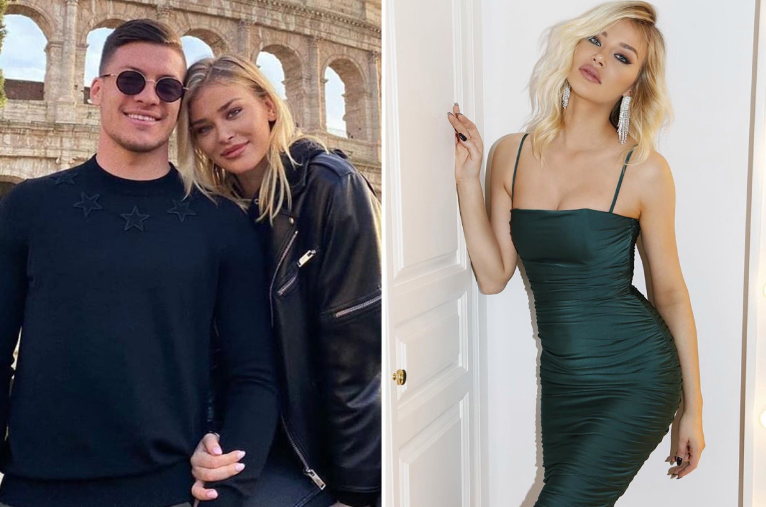 Can you blame him?

The Serbian government is set to press charges against Real Madrid’s Luka Jovic after the striker broke his mandatory 28-day coronavirus quarantine to link up with his girlfriend for her birthday.

Serbia’s president Aleksandar Vucic had declared a state of emergency on Sunday to curb the coronavirus outbreak in the Balkan nation, which involved quarantine for all Serbian citizens travelling home from European countries most affected by the virus, including Spain.

Well it looks like somebody snitched on Luka after he left quarantine to party with model girlfriend Sofija Milosevic, and according to The National, he’s in hot water.

The prosecutor’s office in Belgrade confirmed to Tanjug that it has instructed the police to press charges against soccer player Luka Jovic for breaching self-isolation measures after arriving in Serbia from Spain.

Jovic breached the self-isolation when he left his apartment in the Belgrade suburb of Vracar and his excuse was that he went to a pharmacy to buy medicaments.

Can’t imagine the Serbian government/police are the sort of authorities you want to mess with even a little bit, so let’s hope hanging out with his model girlfriend was worth the trouble.

I mean let’s be honest – can you blame him?

He’s not the only one struggling – for the Premier League footballer who has already ended up shagging his wife’s sister while self-isolating, click HERE.