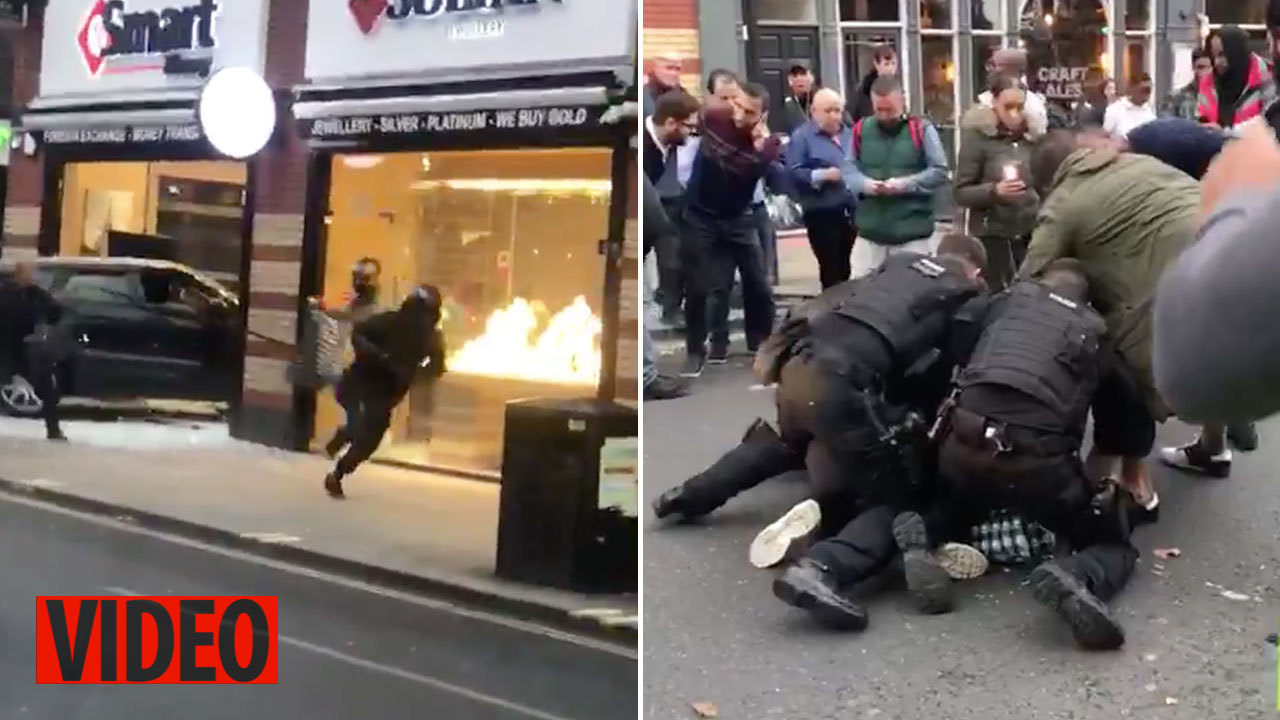 Looks like Londoners are fed up of waiting for the mayor and police to do their jobs and are now taking matters into their own hands when tackling crime and general public nuisances.

A week after they dragged an Extinction Rebellion protester off the top of a train at Canning Town station, Londoners this week were on hand to deal with this masked armed robber who rammed a jeep through a jewellery store window in Shepherd’s Bush, west London.

Watch below (no sound):

#Londoners FIGHT back! #ArmedRobber tackled and beaten! @SadiqKhan isn’t protecting them, so they are doing it themselves. #WellDone #Patriots #Heros

You love to see it. Unfortunately it looks like the thief’s buddies got away but good job on detaining one of them at least (and giving him a solid beat-down for good measure) until police showed up to arrest him. One of the officers even got in on the action with a few rabbit punches to ensure the suspect remained flat on the ground. Well played.

For the armed robber who was forced to buy a cheeseburger at a McDonald’s in Coventry to get the till open, click HERE. Not very well planned.