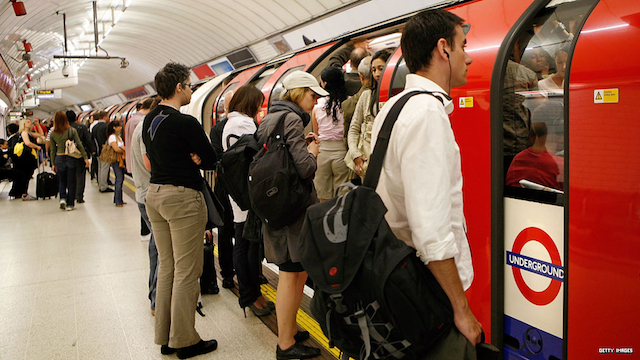 Finally London looks set to enter the 21st century – but at what cost?

Finally, London has managed to reach the 21st century and will do what almost every other city in the world does at weekends and run its tube service 24 hours by 2015. Sure, that’s over a year to wait but it will definitely be worth it when you want to go to a party in South London on a Saturday so you can get home without having to catch about 3 buses or a bus/taxi combination because it takes so goddamn long for the bus to turn up.

In case you’re unaware, currently the tube finishes at 1:00 am at the weekend but this new move will see tubes running continuously from Friday night to Sunday night (although not as regularly) on the Jubilee, Piccadilly, Northern, Central and Victoria lines which will make it way easier to get around late at night providing they aren’t completely rammo and only run every hour or something.

TFL has also announced that it is looking to implement the following innovations into the tube system by 2015, which all sounds great:

Boris Johnson had the following to offer on the announcement: ‘Now it is the time to take the tube to the next level and so for the first time in London’s history, we will provide and regular 24-hour ‘Night Tube’ service at weekends. This will not just boost jobs and our vibrant night-time economy, but will further cement London’s reputation as the best big city on the planet in which to live, work, visit and invest.’ 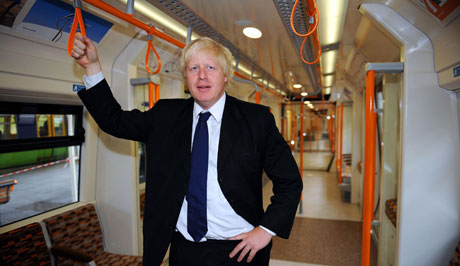 However, although most partygoing and forward thinking Londoners will be loving this news, the move has been criticised by many as it has overshadowed other developments within the tube system scheduled for 2014. By 2015, the TFL plans to have abandoned all ticket offices and replaced them with ticket machines. All station will still be staffed though at all times, with the staff hanging out in the halls and at gates and still offering customers the chance to buy tickets from them there. Not sure how that will work but it sounds OK, although TFL have announced that these changes will lead to the loss of 750 jobs.

Obviously the Rail, Maritime and Transport Union aren’t happy about this and have promised to ‘fight these plans with every tool at our disposal and that includes political, public and industrial campaigning on an unprecedented scale’. They have also accused TFL of having no regard for innovation and that their min concern when announcing these changes is the saving of $250 million in the transport budget. RMT chief Bob Crow had this to say:

‘No matter how this is dressed up by Boris Johnson and his officials, today’s announcement is all about slashing almost £250 million from the annual London transport budget and the proposed cuts will decimate staffing levels and hit the most vulnerable users of tube services the hardest. The mayor must believe he is some sort of magician if he thinks he can slash a thousand jobs and still run safe services when everyone knows that staffing has already been cut to the bone while passenger demand continues to rise’.

They have promised strike action in the coming months in attempt to try and reverse the decision but it’s unlikely that will actually do anything rather than just piss everyone off. London Underground will now go into a 90 day consultation period on its proposals but has also stated that there will be no compulsory redundancies and that everyone who wants a job will have one if they’re ‘willing to be flexible’. Again, not sure how that’s gonna work when they’ve confirmed 750 jobs will be lost but I guess we’ll see that when we come to it.

I’m not sure what to think about this. Obviously it sucks that people are losing their jobs, but when technology develops and there becomes no need for these jobs to exist, is it actually that bad? The tube is going to be better than ever (although it probably won’t because someone somewhere will screw it up, but we can hope) due to these innovations so for everyone except those working for TFL it’s surely a good thing? I know it will be really hard for those made redundant to find jobs, but if they’re willing to work and develop skill sets then I’m sure they’ll be able to find something, and everyone else SHOULD benefit from this. The number of people already sharing this story on my newsfeed about how excited they are is more than enough evidence of this.