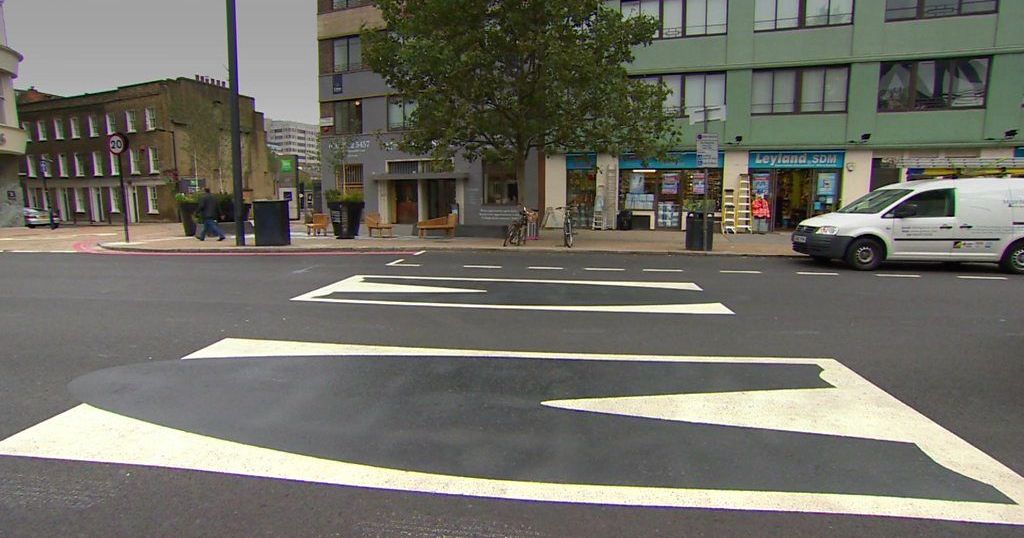 Speeding is pretty much a problem everywhere in the world, but even more so in big cities where there’s a higher change of you hitting someone or an accident occurring, as there are so many people around.

Speeding isn’t necessarily the same in London as in other big cities because as it’s so busy in central, it’s necessary to sometimes set the limit at just 20mph. Obviously not all people are going to take this seriously though, but if they see a speed bump then they’re definitely going to slow down.

Of course, speed bumps cost a lot of money so in order to be as cost effective as possible, the city decided to instead paint raised stencils that give the illusion of speed bumps and have the same influence on drivers. Genius.

The plan is currently in the process of a pilot scheme, but we expect them to be successful and hopefully rolled out all over the capital this time next year. It can only be a good thing right? Provided they work of course. I guess we’ve got another six months of testing before we know the results for sure though.

For more speed bumps, check out this guy breaking the speed limit whilst downhill skating in Colorado. Rapid.