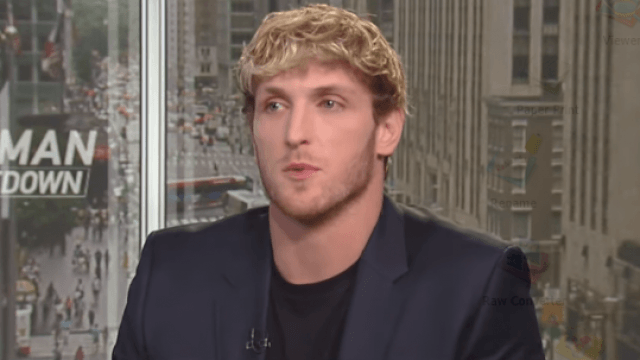 What the hell is he talking about?

I still don’t really understand Logan Paul but for some reason he earns $14.5 million a year and is a celebrity and this means that he gets to go on Fox News and talks absolute nonsense about his life and nobody seems to care.

Logan was appearing to talk about why he uploads his videos onto YouTube rather than Facebook – because apparently this is an important issue now – but he just spouted a load of horse crap about how he was ‘non controversial’ now and how he had the number one podcast in the world and is also the fastest man in the world, whatever that means. It really was very strange and you can check it out below:

Wow that really was stupid wasn’t it? Guy really did a good job of just kinda acting aloof and stupid and not really answering anything that was being asked of him and just throwing out random soundbytes that didn’t mean anything. This probably means that he’s going to be the next President of the United States if the current climate is anything to go by. God help us.

For more of the same, check out when Logan Paul almost died when his parachute didn’t open. Wish that had happened.