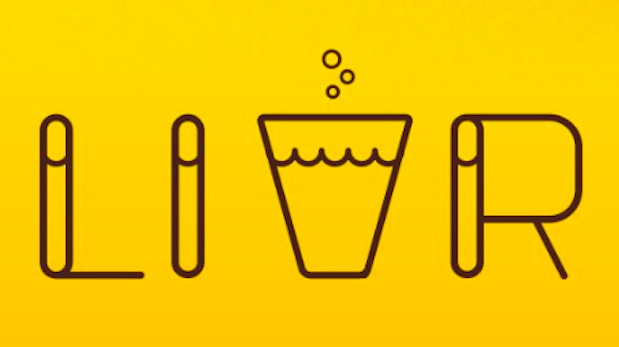 LIVR App is a new app for your smartphone that will only let you use it if you’re completely and utterly hammered.

It determines this by using a breathalyser that you attach to the phone. If you’re suitably trashed then you unlock the app and gain access to a whole social network of similarly wasted people looking to party. Once inside, there are also a host of special features, such as knowing where other LIVR users are partying and how wasted they are at said party or some completely weird features like Truth Or Dare  or Drunk Dial.

You can watch a video which explains how all this works below:

Not sure how to feel about this one. On the one hand, having a social network where access is determined by how wasted you are does sound kind of fun (albeit completely irresponsible), but there are a number of problems with it that I’ve just thought up from watching this ridiculously dumb promo video. I hope Avery Platz and Kyle Addison have thought of these problems.

1) Who the hell is going to blow into a breathalyser on a mobile phone when they’re out at a bar? Sure, maybe it might work if you’re trying to peacock or something, but ultimately you’re probably going to look stupid. You’ll probably end up doing it in a bathroom stall and then get thrown out for doing coke because the bouncer thinks you’re taking too long because the damn thing doesn’t work.

2) What the hell is with these games? Admittedly it might be kind of fun to drunk dial a random person and ‘try and hook up or start something’ like Avery goofily says in the video, but it’s probably a lot easier to go and talk to someone at the bar you’re already in if you want to do that. Also if you’re hanging out anywhere cool then it’s probably going to be too loud to have a dumb conversation that you and your buddies can laugh at with some random trashed bitch on the other end of the line.

Truth Or Dare sounds even dumber – who is going to get really wasted so that they can access an app and then spend all night at a bar on their phone doing dares/telling truths with someone who might not even be in the same bar as them!? Even if you are there’s no way to find out who is talking to you (other than them laughing their asses off at you) so why would you want to spend time doing that? 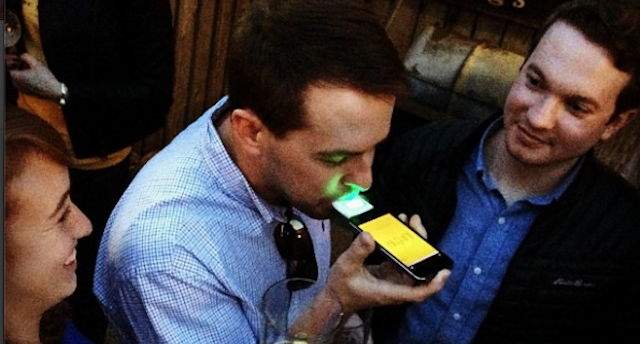 3) The Blackout button is kind of a good idea in that you might not want to know what you got up to last night because it was so outrageous, but it kind of defeats the point of even having the app in the first place. I mean what are you gonna say – great, I went out last night and got completely trashed and then I think I loaded up LIVR but I must have pressed the Blackout button because I can’t remember anything that happened lol!

No, that isn’t what’s going to happen because (hopefully) you would have been with at least one other person and they’re going to fill you in on what you did. And again, hopefully most of the fun part of your night wouldn’t have been messing around with a stupid app on your phone but would have been actually interacting with other people at the bar/party you were at, even if you were so blackout drunk that this meant not making any sense and jumping on the tables.

4) Why do you even need to have an app to find out where the party is?! I’ve had some of the best nights of my life where I haven’t had any plans, just gone to a bar with a couple of friends, got loaded, talked to some random people and ended up going back to a party/session with them and having a rad time. Usually I either make a decent friend or get laid too, or at least have a fun story to tell afterward.

It’s not exactly hard to do, and it really does beg the question of why the hell you need an app to facilitate this?! The answer seems pretty clear – although I’m sure Avery and Kyle are good guys, after seeing this video I 100% don’t want to party with them anytime soon. They’re lame, wallpaper guys who blend into the background at bars and never talk to anyone and probably spend all the time they’re out on their phones checking their Instagram and Facebook feeds to find out where the cool people they know are hanging out.

This is an app for people like that, and you definitely don’t want to be one of those. If there’s one thing that people can probably agree that alcohol is good for, it’s that it give you more confidence and makes you more friendly, which is why so many people enjoy getting wasted and going out and chatting shit to people. So why the hell do you need an app to facilitate you doing this?

Get wasted and have a good time with your buddies at the bar you’re at, and if not try another one. I mean are you really going to check where more LIVR users are and head there? Is your opening line going to be ‘hey are you on LIVR? Let’s compare how drunk we are!’ I guess that might work in Dorksville, USA (population Avery and Kyle) but the rest of us are probably old enough to start conversations/hit on girls via the traditional methods.