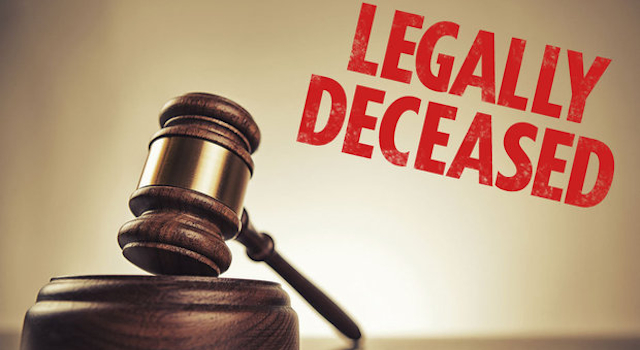 In Ohio, the state law prevents a man who has emerged from hiding perfectly well and in good health from being declared alive because death can only be overturned three years after it has been declared.

Donald Miller – a man from Ohio who disappeared almost 30 years ago and was declared dead as a result of this – can not be declared legally alive, despite having re-emerged and being perfectly fine in terms of his health.

Donald left his wife and two children and a whole bunch of debt when he decided to take off in 1986 after he lost his job and his situation became too much for him to handle. After 8 years with nobody hearing from him, Donald was declared dead in 1994.

Following on from this, his wife Robin was now able to claim Social Security death benefits to support her children. Problems arose though in 2005 when Miller resurfaced after applying for a driving licence and this eventually led to a court date last week. Not sure why it’s taken 8 years to reach the courts, but it finally did and the results couldn’t be more hilarious.

It turns out that due to Ohio state law he can’t actually be declared alive now, as they have a ruling stating that someone’s death can only be overturned up to three years after they’ve actually been declared dead. As Donald Miller only re-emerged 11 years after his death, his existing status can’t legally be changed. He’s a dead man walking – literally.

â˜› More Death: Artist Brings His Dead Cat Back To Life As A Helicopter 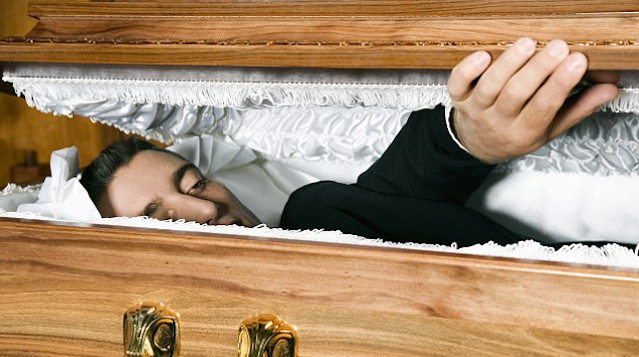 Judge Allan Davis delivered this verdict on Monday, stating that it was a ‘strange, strange situation.’ He also offered the following ‘encouraging’ words of advice to Donald: ‘We’ve got the obvious here. A man sitting in the courtroom, he appears to be in good health. I don’t know where that leaves you, but you’re still deceased as far as the law is concerned.’

Luckily for his wife, the fact that he’s still legally dead means that she doesn’t have to return all the money that the government has given her which is probably a massive relief to her. She stated that she was ‘satisfied’ (no shit) with the result of the hearing and bore no ill will against her husband, despite the fact that he left her high and dry to raise two kids on her own. I guess money talks.

As for Donald Miller, he’s left in somewhat of a vacuum as a dead man walking. He has 30 days to appeal against the court’s decision and legal experts are saying that he could take it as far as the federal court to try and overturn the decision to declare  him dead, if he chooses to. On the whole situation, Donald offered the following insights: ‘It kind of went further than I ever expected it to. I just kind of took off, ended up in different places.’

â˜› More Dead People: ‘Dead’ Woman Wakes Up Just Before Her Organs Are About To Be Removed