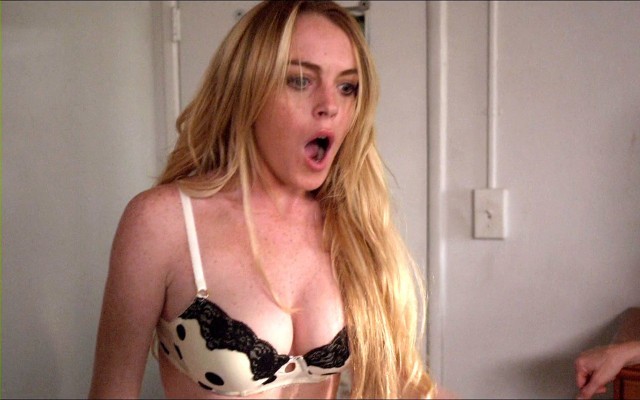 Last we heard from Lindsay Lohan she had started dating the Crown Prince of Saudi Arabia, and it looks like she’s survived long enough without being beheaded to actually record and release a new song and music video to go along with it.

In fact Lohan tried something different here and released the video in a format more suitable for Instagram than television or YouTube.

She’s done her own thing with it, we’ll give her that:

So that was weird, and the lyrics were just crap and bizarre, but the actual beat and production wasn’t bad at all. If someone else made a song with it it would probably actually be pretty good. The problem is it’s Lindsay Lohan singing about social anxiety and how much she parties in LA even though she hates it.

Here’s how Lindsay describes the video in her own words:

Not sure that’s the vibe it gives off but if that’s what she was going for then fair play to her.

P.S. Why didn’t she include the clip where she got punched in the face after accusing parents of trafficking their children?