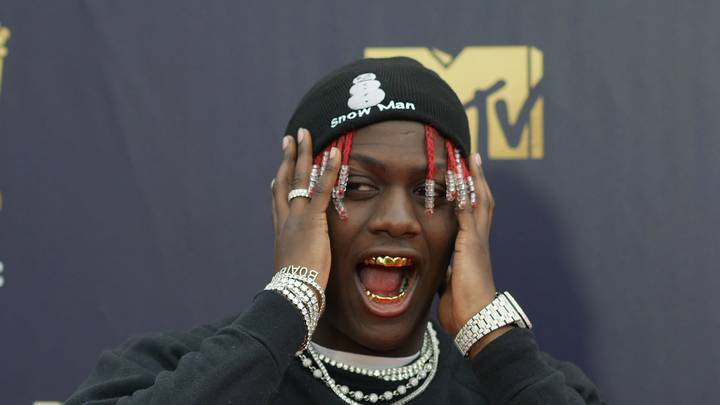 It’s fair to say that most of us that are listening to expert advice and self isolating are probably chewing the walls off now as we haven’t really been outside for a few days now and there’s not much for us to do in our residences, but imagine if you were rich and famous and could do whatever you wanted?

It would no doubt be way more fun and this has been proven by the outrageous banter lever of rapper Lil Yatchy, who was so bored on lockdown in his house that he decided to pay his fans money to do a variety of ridiculous and disgusting tasks like shaving their eyebrows, eating condoms, eating deodorant and eating dog food. Some of them were really young, but hey they all got paid $200 for their troubles so I guess that’s OK.

If you wanna see what went down, then take a look at the videos below:

Lil Yachty pays fan $200 to shave off their eyebrows😳😭 pic.twitter.com/7KPSTNmsHs

5 seconds of joining @lilyachty live and I witness some guy eating a condom 😂😂😂 pic.twitter.com/tBUsrEfcnB

@lilyachty had little kids eating dog food on live for money during this quarantine 😂😂 pic.twitter.com/xcBEvCwbPQ

Gross and kinda creepy right? Not really sure Lil Yachty should be taking advantage of people that clearly worship him and making them do shit like that – even if it is for money – because that’s pretty much bordering on abuse right?

Hopefully people stop listening to him and supporting him after this stunt because it really isn’t that cool, but I doubt that’s going to happen any time soon. Kinda makes you wonder what people are gonna be doing in a couple of weeks for money though after way more lockdown makes them even crazier though right? Scary.

For more of the same, check out this conspiracy theory that thinks Prince Philip is responsible for Coronavirus. What?