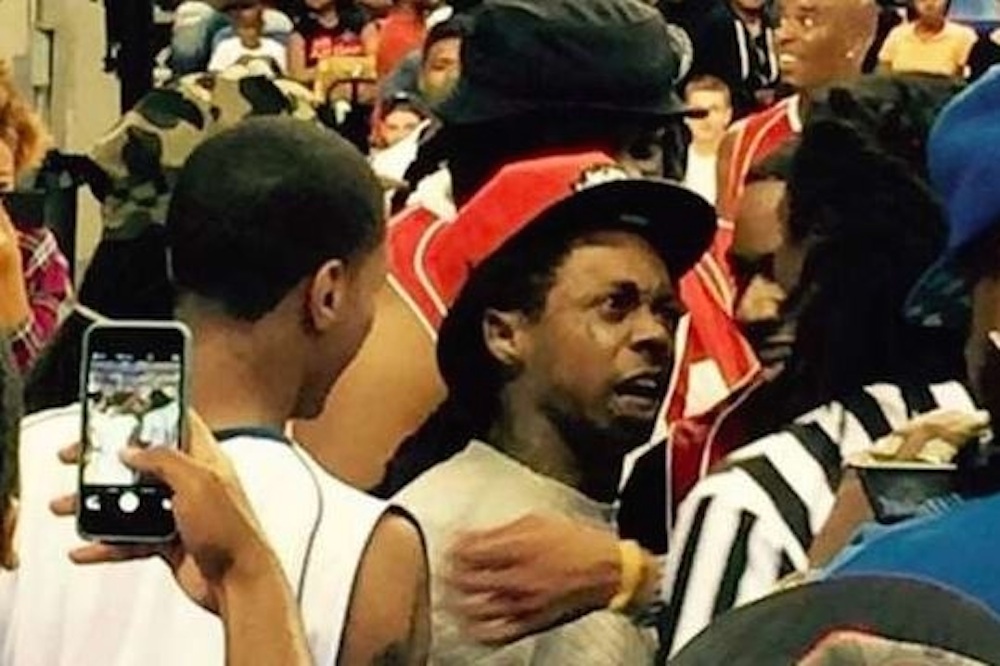 Really getting into the spirit of things.

Over the weekend Lil Wayne appeared as a coach with his Young Money team, who were competing in an anti violence celebrity basketball match in St Louis, Missouri.

Unfortunately Wayne didn’t seem to take the message of the competition to heart. He became so incensed with a series of calls that went against his team when they were playing the event organiser’s Loose Cannon Slim team that he ran onto the court and chased the referee off of it, before catching up with him and initiating an all out brawl. There’s nothing like getting into the spirit of things eh?

In the video below, you can see the referee being chased by Lil Wayne and his entire team and heading for refuge within the crowd. Eyewitnesses state that Wayne had already spat on the referee by this point, although this unfortunately isn’t shown in the video.

It’s crazy to think that Lil Wayne would be dumb enough to do something like this at an event specifically designed to promote the exact opposite behaviour. Then again I suppose this is the man whose security guard knocked out a fan for the pettiest reason ever, so he probably isn’t the best anti violence spokesperson to begin with anyway. Young Money bro.