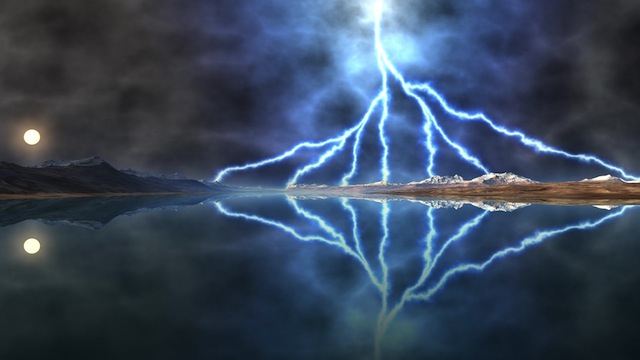 Sprite lightning is a rarely filmed phenomena, here’s some footage of it all kicking off at 10,000 fps. Mind your fingers.

You wouldn’t catch me flying above an electrical storm in Colorado, or anywhere else for that matter. But I guess if you are an astrophotographer, like Jason Ahrns, you don’t get much choice. This amazing footage was taken at 10,000 FSP a couple of months back and it looks proper mental.

Sprites are electrical discharges that happen above storm clouds and were only actually proven to exist in 1989 when they were filmed by some scientists in Minnesota. These bad boys come in red and blue, and are often shaped like jelly fish; they don’t look like they belong in the real world, Narnia perhaps, but not here. They’re triggered by normal, bog standard lightning going on below the clouds. Wikipedia tells me that they are cold plasma phenomena which sounds amazing, whatever the fuck it actually means.

These trixy buggers have been spotted for hundreds of years and caught on camera many times, but this is the first time they have been captured at such a high FGS. It allows you to see the burning hot electrical tendrils in exquisite detail. I just wish the footage was longer.

The Man Who Rode The Thunder