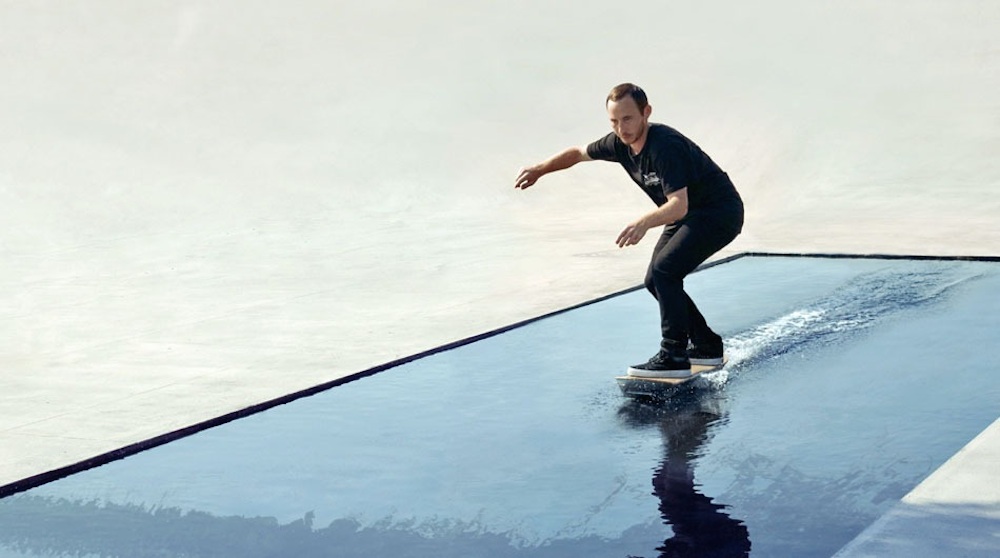 A few weeks ago we brought you a promo for the Lexus hoverboard that actually looked like it was going to be real and not an elaborate fake like all those other ones that came out a couple of years ago.

Yesterday, Lexus dropped their first real promo video for the board and it looks like it is 100% real and absolutely incredible. The board was tested in a skate park in Barcelona in the video below – which is entitled SLIDE – by pro skater Ross McGouran, who had this to say about the experience:

I’ve spent 20 years skateboarding, but without friction it feels like I’ve had to learn a whole new skill, particularly in the stance and balance in order to ride the hoverboard. It’s a whole new experience.

The board works by having two ‘cryostat’ reservoirs in which superconducting material is kept at -197 degrees through immersion in liquid nitrogen. The board then has permanent magnets resting underneath it. Dr. Oliver de Haas explains in more detail:

The magnetic field from the track is effectively ‘frozen’ into the superconductors in the board, maintaining the distance between the board and the track–essentially keeping the board hovering. This force is strong enough to allow the rider to stand and even jump on the board.

No, I don’t really understand what any of that means either but hey a real life hoverboard is actually here so what do I care? Get your mind blown by the video below, then get bummed out when you remember how difficult it’s going to be to actually ride one.